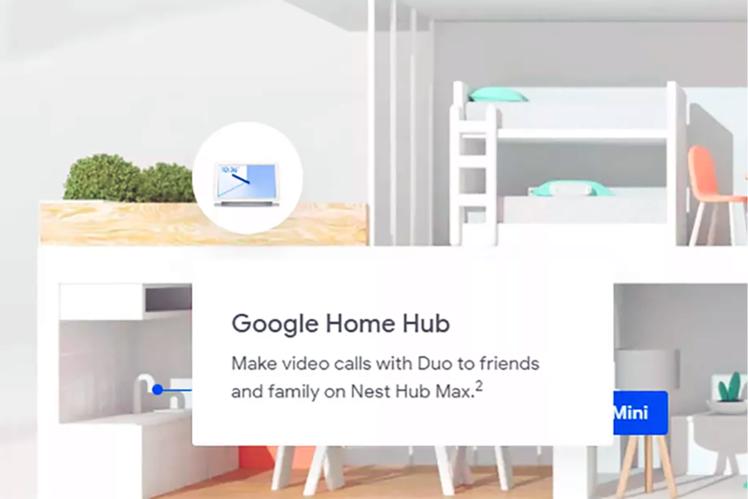 Google made a major slip-up updating the connected home part of Google Store.

It accidentally leaked a new Nest product. The image, spotted by Android Police before its prompt removal, shows Google discussing the pros of a device called Nest Hub Max. To be clear, there is no Nest Hub Max in existence at this moment. There's been no other sign that this is a product currently in development, though our guess is it's real and coming soon.

According to other leaked images, it appears as though the device features a 10-inch HD display, a built-in Nest Camera, and stereo speakers. Remember, Google owns Nest, and it wouldn't be inconceivable for the company to enter the smart display space. Google itself already makes the Google Home Hub and other companies make third-party smart displays. With these various displays, users can call upon Google Assistant to control their smart home products. If we had to speculate, this leaked Nest product could be a Home-style Nest Hub that would allow Nest users to better control all their Nest devices. But as we can't confirm that by ourselves, we've contacted both Nest and Google for a comment.

We will update you when we know more.