What is Works with Arlo and what devices are compatible? 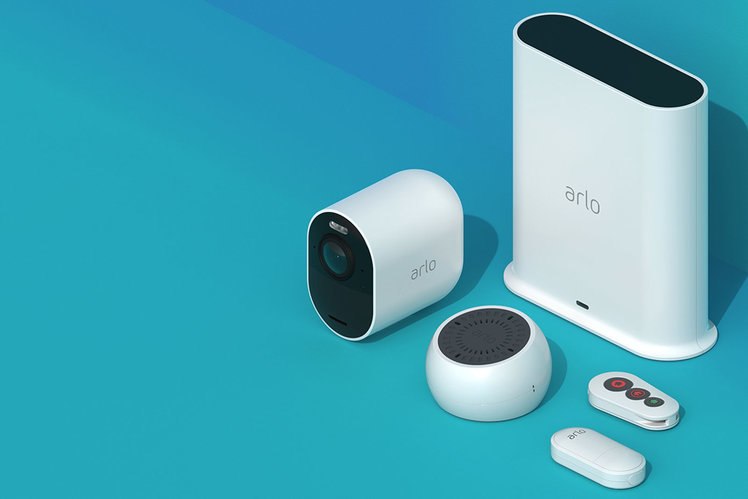 Arlo started life as a Netgear brand, but has slowly been moving away from its parent company and striking out on its own, raising funds and looking to fulfil its wider ambitions.

Those ambitions are to be a smart home platform, rather than just a connected camera company. Arlo used CES 2019 to announce the Works with Arlo programme, a compatibility standard that will see third-party devices integrated into the Arlo system.

What is Works with Arlo?

Works with Arlo is a new compatibility programme that has been developed by Arlo, to ensure that devices you buy will be compatible with your Arlo system.

The aim is to make Arlo the hub of your connected devices, so that you can control and integrate a full range of connected devices from different manufacturers. You'll be able to connect other devices, control them through your app and create routines that cross brands.

What will I need for a Works with Arlo system?

You'll need an Arlo hub and so far most of the information is about the Arlo SmartHub – the one that was announced with the Arlo Ultra camera.

There will be an update to the Arlo SmartHub to add compatibility for Zigbee and Z-Wave in the second half of 2019 and that will give Arlo increased skills, allowing direct control of devices through the Arlo app. We've seen Amazon make similar moves with the Echo Plus, including a Zigbee controller to allow assimilation of other devices on the platform.

But reading into the details, it’s not just about Zigbee and Z-Wave. There will also be compatibility with services that use cloud-based or LAN communication. Although the details aren't all clear, we expect Arlo to offer access to some devices by linking accounts – and Arlo says that these services will work with older Arlo hubs, which is great news.

Essentially, if you want Zigbee or Z-Wave, you need the new SmartHub.

What third-party brands will Work with Arlo?

As the programme is so new, the only information we have at the moment are the companies that were announced at the launch announcement. Those brands who have signed up include:

There are some interesting names in there. Lighting companies like Philips Hue and LIFX come as no surprise and it's easy to see how they fit into the system – but exactly how Arlo will integrate and control devices from Bose and Sonos remains to be seen.

Is Arlo compatible with any other platforms?

Yes it is – and here's where things get a little more interesting. Arlo has announced that it will be adding Apple HomeKit compatibility for the Arlo Ultra and Arlo Pro 2 cameras. This, conversely, will let you control those cameras via the Apple Home app of the Arlo app, and use Siri voice commands.

Arlo also works with Alexa – you can link up your Arlo cameras so you can view them through the Echo Show or other screened Alexa devices.

Arlo also works with Google. Not only does it work with Google Assistant, but you can tell Google to show your camera stream on a Chromecast, so you can watch it on your TV.

That means that even though Works with Arlo wants to make it the centre of things, it's perfectly happy being part of another system too.

When can I get started with Works with Arlo?

The only timings we have are H2 2019 – but we'll be sure to update as Works with Arlo makes progress.