What is Google Wifi and how does the mesh router work? 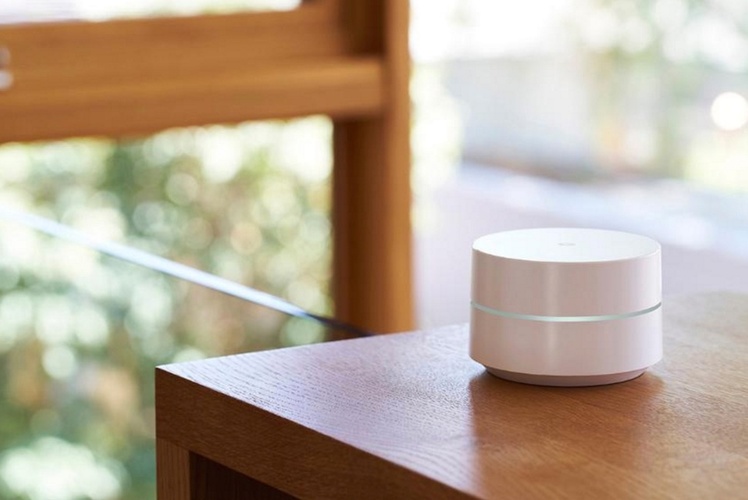 Google introduced Google Wifi way back in 2016, and was arguably the company that brought more attention to the whole mesh network market. This wasn't like the years prior when you would have to make do with signal boosters and extenders.

This was about making a system that looking like one single wireless network to your devices, without the hassle that came with previous solutions. If you move rooms, the idea is that you seamlessly move to the next network node, without having to physically switch out.

In addition, each base station looks like a Scandinavian-style, double-stacked hockey puck that Google described as a "visually subtle" disk. It's a far cry from the usual router brick.

Here's everything you need to know about Google Wifi, including when and where you can buy it.

What is Google Wifi?

Google describes Google Wifi as a "Wi-Fi system that beams a powerful signal throughout your home".

It is designed to be expandable, so you can use several of them in your home. It can also handle multiple devices, meaning you can stream in the living room and kitchen while someone games in the basement – and there should be no Wi-Fi congestion or a contest for bandwidth.

How does the Google Wifi mesh network work?

You basically put several of these routers (aka points) around your home to boost your network. The primary node connects directly to your internet modem usually the router your ISP provided, but with its own wireless coverage switched off.

You then power up the other nodes in optimum positions around your home and set it up using the dedicated Google Home app. Once done, you will get Wi-Fi signal everywhere, from your bathroom to your basement. Think of Google Wifi as an expandable system for better coverage. Instead of one router, multiple routers work together to deliver fast network throughout your home.

It essentially offers mesh network-like coverage so avoids black spots in your connectivity. And because of the way the mesh network works, it's the routers that work out which one of them your device needs to be connected to in order to continue that seamless connectivity.

So if you're moving upstairs, or to the back of the house, you shouldn't experience a drop in coverage and you won't need to manually select the secondary node in your phone's Wi-Fi settings menu.

How many Google Wifi routers do you need?

If you have a smaller home (up to 1,500 square feet), Google recommended that you start with a single Google Wifi router. You can add more points if you need more coverage. If you have multiple floors, it's worth investing in at least two of them: one for the ground floor, and one for the first floor. Google is offering a three-pack set that covers up to 4,500 square feet.

What else can Google Wifi do?

Google Wifi has a feature called Network Assist that allows it to actively manage and optimise your network behind the scenes so you don't have to adjust settings. Google Wifi handles networking automatically, picking channels, etc., and it keeps the signal strong in every corner of your house by transitioning your device to the best router for less congestion and better speed.

Google Wifi also has a feature called Scheduled Pause. It lets you pause the internet in your house, You can automatically disrupt the Wi-Fi for everyday events like bedtime or homework so that your kids can better focus, Google contends.

But we think you'll just end up upsetting your loved ones. Still, Google noticed that people have trouble falling asleep at night because they check emails and surf the web. And many people, in and outside of Google, have told the company that they find screen time is a particularly common challenge for parents — "from getting kids to put down their favourite game to struggling to have dinner without eyes glued to devices."

Now, using the Google Wifi app, parents can tell their Google Wifi to shut down at a specific time in their daily schedule. When the time arrives, their router will pause the internet for specific devices, allowing them to still get online while their kids stomp and pout in the other room.

Does Google Wifi come with an app?

Yes. Although Google Wifi can optimise service without your input, you can still control it through a companion app. You can even manage several features, including the Wi-Fi access of your kids. As Google said, "You don't have to shut down the router, just go to the app and hit pause."

When will Google Wifi be available?

Google Wifi bundles available in the US through Google Store, Amazon, Best Buy, and Walmart.

It's also available in the UK through the Google Store, as well as through several retailers.

How much is Google Wifi?