What is Facebook Portal and how does it work? 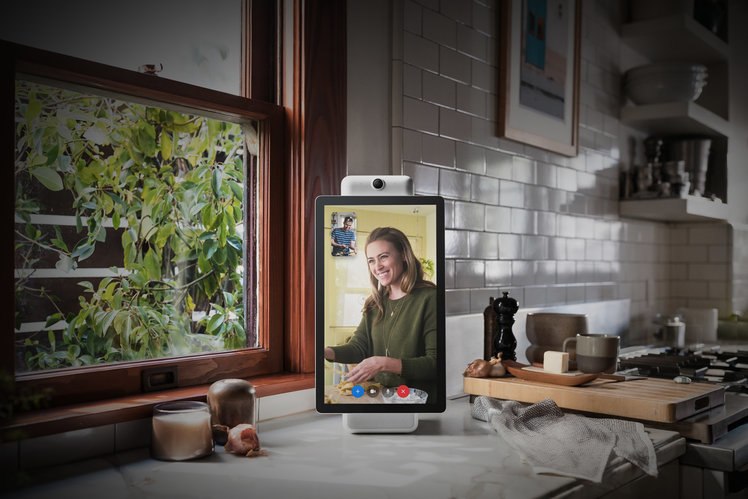 Facebook has launched its very first piece of hardware you can buy, if you disregard its Oculus-branded headsets and the ill-fated HTC First.

Despite a recent survey from Pew Research, which claimed one in four (26 percent) Americans have deleted the Facebook app from their phone, Facebook thinks you want a new way to use its services, particularly video calling. So, it's introduced Facebook Portal and Portal+, two versions of a video communication device designed to make it easier for you connect with friends and family.

There are actually two different models: Facebook Portal and Facebook Portal+. They each have different screen sizes and designs, but they're both focused on video chatting and meant to make it feel like you're in the same room with the person on the other end of the call. Both versions of Facebook Portal feature AI-powered "Smart Camera and Smart Sound" technology, which allow them to follow you around the room and automatically pan and zoom while also minimising background noise and enhancing the voice of whoever is calling. You can use either Facebook Portal to call your Facebook friends and connections on Messenger – even if they don’t have a Portal. Calls can be made to and from Messenger-enabled phones and tablets, and Portal supports group calls of up to seven people at the same time. When you’re not on a call, Portal can display your photos and videos, when your contacts are available to connect, birthday reminders, etc. Both versions of Facebook Portal support Alexa and voice commands in general. You can start a video call by saying “Hey Portal” and then say who you'd like to call. And because Portal also has built-in Amazon Alexa, you can ask it to check the weather, control smart home devices, order groceries, and more. For more about how Alexa works, and for a list of things you can do with it, go here. Facebook has incorporated augmented reality effects powered by its Spark platform. The point is to make calls fun and interactive. From what we can tell, this feature will be like Snapchat lenses in that you can apply AR stickers to your face and environment to augment how they appear.

A new Story Time experience is even designed to "bring stories to life with custom sound effects and visuals". Facebook said the Smart Camera will help you read story via a simple teleprompter, and that it will be perfectly framed and animated with AR effects, so that your "loved ones on the other side watch as your face and voice transform into the story’s characters". Like most smart home devices, both versions of Facebook Portal are launching with a handful of apps and integrations. Facebook partnered with Spotify Premium, Pandora, iHeartRadio, Food Network, and Newsy – and it promised to add more soon. It also has Facebook Watch.

What's the difference between Portal and Portal+?

The Portal is the closest in style to Amazon's Echo Show, with a 10-inch 1280 x 800 display. It has a 12-megapixel front-facing camera with 140-degree field of view. A four mic array picks up voices for voice recognition and calling, while the stereo speakers offer 10W total output.

The Portal+ is the larger device, with a 15.6-inch 1080p display that can be swiveled to a portrait or landscape position. It, too, has a 12-megapixel front-facing camera and four mic array, although its speaker output is 20W, provided by two tweeters and a single 4-inch bass unit.

Both Portals come with dual-band Wi-Fi and Bluetooth 4.2 connectivity. No internet-connected device is safe from a hack or breach, though Facebook is really pitching privacy with the launch of Portal. You can completely disable the camera and microphone with a single tap, for instance, and both models come with a camera cover, so you can easily block the lens. Plus, to manage Portal access within your home, you can set a four- to 12-digit passcode to keep the screen locked.

Facebook also promised that it won't listen to, view, or keep the contents of your Portal video calls, and that video calls are encrypted. What's more, the Smart Camera and Smart Sound's AI technology runs locally on Portal, not on Facebook servers. Portal’s camera also doesn’t use facial recognition, and you can delete your Portal’s voice history in your Facebook Activity Log at any time. Portal and Portal+ are available now for preorder in the US – from Facebook at portal.facebook.com, as well as Amazon and Best Buy. It will begin shipping in November. There is no word yet on whether either device are coming to the UK or Europe, let alone how much they will cost.