What is a mesh network and how can it dramatically improve your home Wi-Fi? 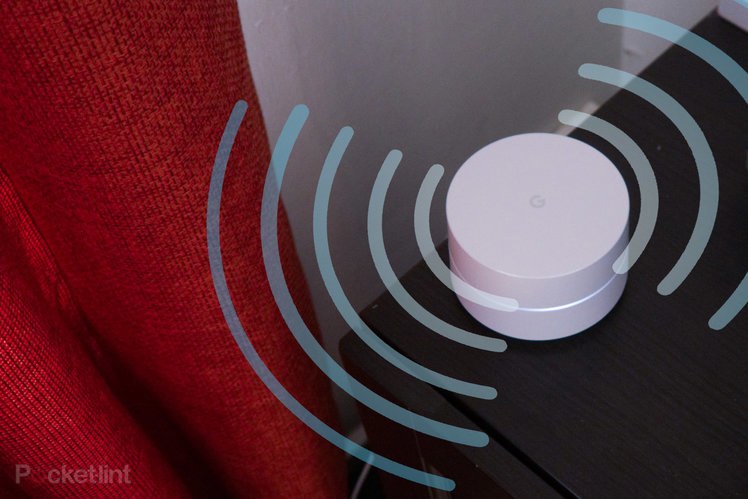 Over the last couple of years there has been a dramatic rise in the adoption of mesh network systems for the home.

Fueled by poor Wi-Fi signals in rooms furthest from a wired router, a mesh network is one of the best solutions of gaining even, stable, strong wireless internet connectivity. And it needn't cost you a fortune.

Here we explain how it works, how much you are likely to have to pay and a few options to get you started.

What is a mesh network?

A mesh network is designed to potentially solve the problem with dead or poor zones in your home Wi-Fi. It uses multiple devices (generally called points) dotted around in different rooms to fill gaps in the wireless internet signal.

You use one main Wi-Fi point plugged into your home router through an Ethernet cable. Then, each subsequent device is placed a sufficient distance from the primary point to communicate successfully.

By doing so, each point fills an area with a stable Wi-Fi signal and, unlike Wi-Fi extenders, communicates with every other point in the system, adapting signal strength as needed. This then ensures that, no matter where in your home you wander, the signal you receive on your phone, tablet, laptop or other wireless gadgetry is the same.

What's more, you don't need separate login details for each of the points, the overall signal emitted from the points is treated the same by your wireless device, as if it comes from just one source.

For example, if you are in a bedroom where one of the secondary points is placed, it will transmit your data request to the nearest other point it finds and so-on. This also improves speed of connection in comparison, say, to a Wi-Fi extender that either requires a strong wireless signal from your existing router to perform well or works through a powerline connection which is less efficient and can impact on download and upload speeds.

Wi-Fi extenders traditionally have limited range – the same or even less than your Wi-Fi router – and adding more for greater coverage can actually cause conflicts in your signal as they do not speak to each other effectively. A mesh network communicates internally and often to ensure there are no conflicts.

How do you set up and use a mesh network?

Setting up a mesh network is generally a simple procedure. Most manufacturers offer bundles that include a main point plus at least one other device for another room.

The amount of additional points you need generally depends on how big your home is. Google, for example, claims that a smaller home or apartment would really only require one of its Google Wifi points – although you could probably just make do with your existing router in that case.

It says you need two for a medium house and three for a larger home of around 170 to 420 square metres.

Other manufacturers quote similar numbers for their systems.

We've also found that some homes require more depending on different circumstances – such as building materials and room locations. We have, for example, four points running in a medium, three-bedroomed house because we have a garden office that requires a point of its own. That way, we also have solid, stable wireless internet connectivity in the garden itself.

Most mesh network brands will supply a free iOS or Android application with their devices, which aid set-up and give you optional settings to alter afterwards.

Many also give you parental controls to restrict internet access at certain times of the day, or block adult sites. You will also be able to see how strong each point's connection is and the devices currently connected.

One thing to remember is that, with the mesh network you choose taking over wireless internet duties, you do not need Wi-Fi enabled on your router too. Indeed, it could even conflict with the primary point's signal.

Most router manufacturers offer the option to disable Wi-Fi and turn it into a modem instead. This is generally called "modem mode" and you need to check your specific router's instructions how to turn it off. Also make note of how to turn it back on again, in case you change your mind at a later date.

How much will a mesh network cost?

As we've said above, the amount of devices needed for a great, wide signal depends on the size of the home it is going into. Prices also vary amongst the manufacturers, with some costing hundreds for a decent mesh setup.

Two of the biggest systems on the market, Google Wifi and Netgear Orbi, will set you back from £230 for two devices. You then have to buy additional points to expand the network further, which will cost from £130.

In both cases, you can buy a bigger starter bundle to save some cash. For example, three points in Google's own system will cost £330 – a saving of around £30 when bought separately.

BT's Whole Home Wi-Fi system is a touch cheaper, with a twin pack available at £130 and other bundles being available. It also works with any broadband service in the UK, not just BT's own.

Another route is to pay a monthly subscription. Newcomer to the UK, Plume, has partnered with TalkTalk to bring its SuperPods to the country (they are also available in the US).

Instead of purchasing a starter bundle, you sign up for monthly membership at £9 per month and get two SuperPods as part of your subscription. Additional devices cost £69 each. You do need to be a TalkTalk broadband customer in this instance, however.

What mesh network systems are available?

There are several big brand mesh network solutions available to consumers in the UK. Here are some of the systems you might already have heard of. Google's mesh network devices are simple and small enough not to stand out too much in the rooms in which they are placed.

They are uncomplicated and a doddle to set-up, although the included smartphone application doesn't have as many options as those from rival manufacturers. Still, it is a remarkably simple system to set up and use, albeit at the higher end of the price scale. BT's system is one of the least expensive when you need more than a couple of devices for your home. It also works with all broadband networks, not just BT's own.

It gives a wide wireless signal range although each station (point) is a little larger than some rivals and will therefore be clearly visible in your home. Netgear's solution is a little wider ranging that some of the others here in that it comprises different types of devices, so you can choose the ones that suit your situation best.

You can get an actual replacement router as part of the range, for example, or devices that offer different wireless internet speeds at different price points. There are even some models that plug directly into wall power points to remove wires altogether.

Many of them also support Alexa and Google Assistant.

We'll be reviewing the Orbi system soon, but can find out more on Netgear's dedicated Orbi website in the meantime. TalkTalk is a newcomer to the mesh network scene with its first package created in collaboration with US company Plume. Already available in the States, Plume comprises SuperPods that, like one of the Orbi devices, plug straight into a wall socket. You only need to physically wire the primary Pod to your home router.

As we've explained above, the main difference with Plume is that it works on a subscription basis rather than upfront payment. It is also exclusive to TalkTalk broadband customers in the UK at present.

You can find out more on the TalkTalk website.

Amazon is currently in the process of buying mesh Wi-Fi company Eero although the deal hasn't gone through quite yet.

The Eero system is similar to others in that it is easy to set up out of the box and is designed to adapt to user scenarios without you even noticing. It is US only at the moment, however, so it will be interesting to see if Amazon has plans to extends its reach to other countries, including the UK.

It's one to keep an eye on for sure.

The systems listed above are only a few that are already available or will be soon. There are plenty of others that are also worth checking out if you plan to make an investment in improving your home wireless internet connectivity.

The Linksys Velop, Asus Lyra, D-Link Covr and TP-Link Deco systems are also all worth examining too before opting for one over another.

They don't work across brands, so once you choose one you will need to stick with it or start again and that could be costly. So choose wisely.