UK broadband, TV and phone customers must be notified when contract is ending 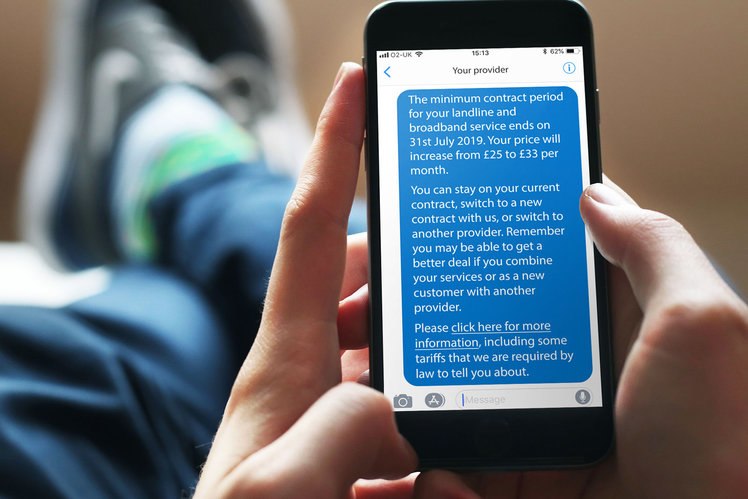 A new Ofcom ruling will go into effect on 1 July, ensuring that phone, broadband and TV companies are more open about when contracts are due to expire and outlining deals for renewal.

As part of the UK communications regulator's Fairness for Customers campaign, providers must notify customers when their contracts are about to end. A text message or alert sent to a mobile phone, an email or letter must be sent to a customer between 10 and 40 days before contract expiry.

It must include the contract end date, price paid until this date, any changes to the service and price at the end of the period, information about any notice period required to terminate the contract, plus the best deals on offer by the provider. The latter must also include any prices and deals available to new customers.

The ruling comes after Ofcom findings revealed that 14 per cent of UK customers don't know whether they are tied to their original deal or not, while 12 per cent don't know when their contract ends.

With many mobile contracts also including a monthly cost for the handset, there are still customers who don't realise they are still paying for a phone that they have long since paid for entirely.

This new ruling is one way to prevent that. By notifying customers about their contract end date, providers can renegotiate with users to provide SIM-only or handset upgrades on contract renewals.