This smart lock has something most smart locks lack – a key 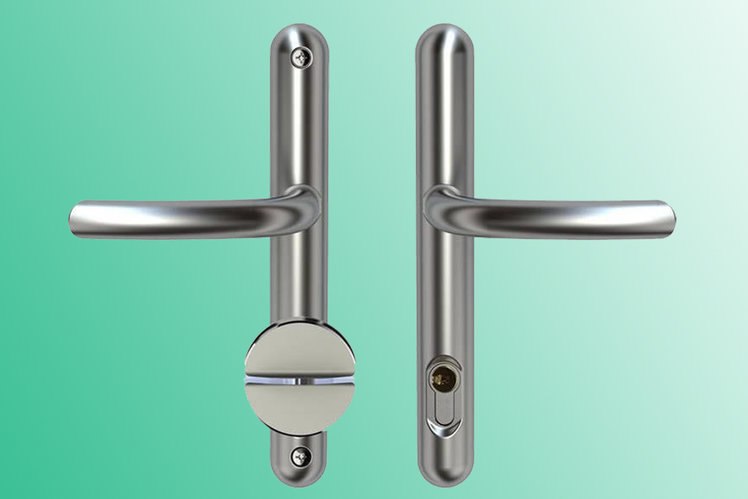 That's because they don't have a traditional key or, sometimes, a proper door handle. Some don't look like you'd think door furniture should.

Thankfully, the Ultion Smart lock from Brisant Secure has been designed to be both a state-of-the-art smart lock and appear like a more traditional piece of door hardware – it's available in five finishes for a start.

It's also received Sold Secure Diamond and Secure By Design accreditation, too.

The lock has various smarts including voice control with Amazon Alexa (say, "Alexa, lock the door") or Apple's Siri, while there's also a location-specific unlock feature for when you approach your house.

The lock communicates with your phone via Bluetooth and, yes, there's a dedicated Danalock app. The connection between the app and the lock is encrypted.

You can even give other users of the app time-limited access, which is great for AirBnB hosts or admitting tradespeople.

If you're an iOS user and have the Apple HomeKit version, the lock will show up in your Home app and can also be used with Apple Watch, too.

The Ultion Smart Bluetooth model is available to purchase for £229 while the Apple HomeKit version is £259. There's also a Zigbee/Z-Wave model which also costs £259, too.

There's plenty of security features including a 'lockdown mode' if the lock happens to be attacked by baddies. This mode instigates a hidden lock so, in theory, it still won't be able to be opened. Coincidentally, the 11-pin internal system has a whopping 294,970 key combinations.

The Ultion Smart also comes with a £1,000 guarantee, though if your home is cleared out this might not be much compensation. We suggest teaming it the Ultion lock with a Ring or Nest doorbell for added security.

Oh, and the lock is powered by four easily-changed CR123 batteries which should last around 18 months.