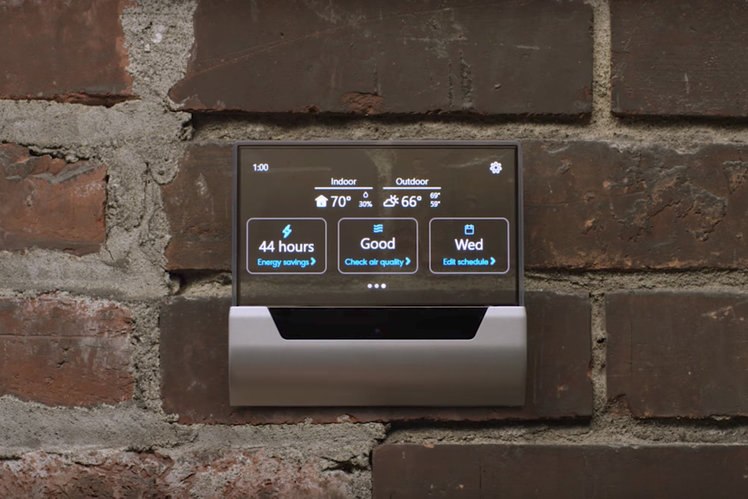 Remember GLAS? It's a smart thermostat from Johnson Controls, and it's finally giving up on Cortana.

Microsoft actually partnered with Johnson Controls on the thermostat. It runs the Windows 10 IoT Core operating system and has offered the Cortana voice services since launch. It also features a touchscreen display, which you can use to adjust the room temperature, look up your energy usage, check air quality, and view calendar information, among other things.

But because it had Cortana, you could use your voice to control the temperature, too. Microsoft once promised us that Cortana would arrive in everything from speakers to toasters. However, it's become very clear in the past couple years that, when people buy smart devices, they prefer to get devices with Alexa, Google Assistant, or even Siri integrations.

So, perhaps it's no surprise that Johnson Controls said it’s now removing Cortana from its device via a new software update that will roll out to the thermostat soon. Although the update will disable Cortana, moving forward, you will still have access to other voice assistants to control your thermostat, including Amazon Alexa and the Google Assistant.

Johnson Controls has been emailing customers of this change, according to The Verge. Keep in mind Microsoft has also been re-focusing Cortana for businesses uses cases, and it will even be removed from the Xbox One console soon.