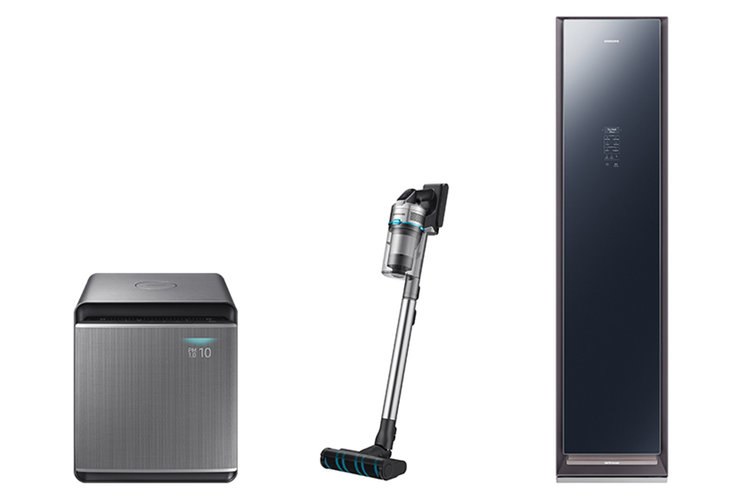 Samsung is ready to take-on Dyson with its latest wireless vacuum cleaner.

Announced during IFA 2019, the Korean company's Powerstick Jet is its first designed to match the suction power of corded units.

It sports Samsung's proprietary Digital Invertor Motor and Jet Cyclone System technologies that, combined, can offer up to 200W of suction power.

The cleaner also uses a five-layer HEPA filtration system that is capable of capturing a claimed 99.999 per cent of allergens and dust particles and ensuring that they do not escape through the vacuum's exhaust.

Another feature is that the Jet comes with a removable battery, which means a user can purchase a spare to swap over to elongate cleaning time.

As well as the Powerstick Jet, Samsung has announced the Cube AX9500, its first air purifier to launch in Europe, and the AirDresser, which keeps clothes fresh and deodorised through the use of air jets and hangers contained inside the smart wardrobe.

"We are excited to introduce the Powerstick Jet, AirDresser and Cube to consumers in Europe, equipped with outstanding functionality and unmatched design to enhance consumers’ daily experience,” said Samsung vice president, Taehwan Hwang.

All three products will appear on the Samsung stand at IFA 2019 in Berlin.

Pocket-lint is at the huge consumer electronics trade show all week to bring you first impressions, hands-on with products and much more.