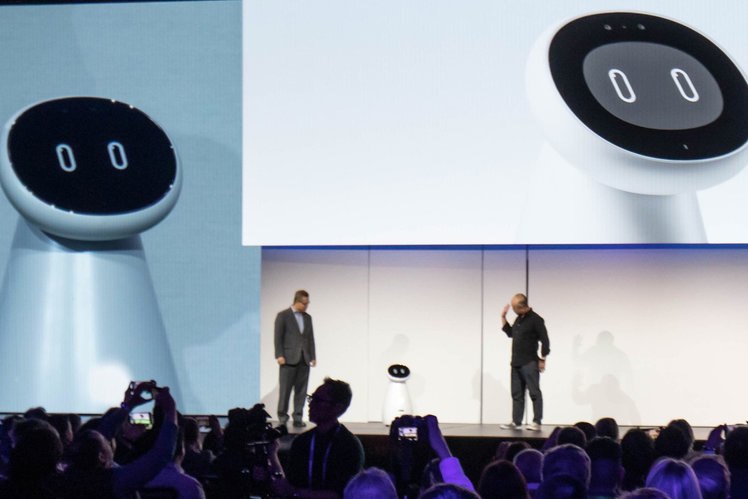 Samsung usually uses CES to announce snooze-worthy updates to its appliances and TV ranges, but this year it introduced something more exciting: bots!

Samsung has revealed its first lineup of robots. It consists of the Bot Care for at-home medical support, the Bot Air for air quality monitoring and air purifying, and the Bot Retail, which looks like it'll compete with SoftBank Robotics Pepper at retail stores. But that's not all: Samsung also introduced a Gems exoskeleton at its Las Vegas press conference. Gem is designed to help support human mobility.

The company introduced these in quick succession, making it clear they weren't the focus of the show, though they still certainly turned a lot of heads. Of the four robots, the Bot Care and Bot Air look intended for consumer use. The Bot Care, for instance, is essentially a health care assistant that's perfect for elderly or disabled users who need help taking medication and checking vitals.

The Bot Air was a little more basic, serving as an in-home air sensor and purifier. The Gems might also be intended for consumers. It appears to be targeted toward athletes who need lower-body support, though we can see it having enterprise application, such as in factories.

Samsung didn't say whether we'd see any of these products in stores soon, but it's exciting to see such innovation nonetheless.