Robot vacuum Prime Day deal, and this might be the best robot vacuum on the market – here’s why! 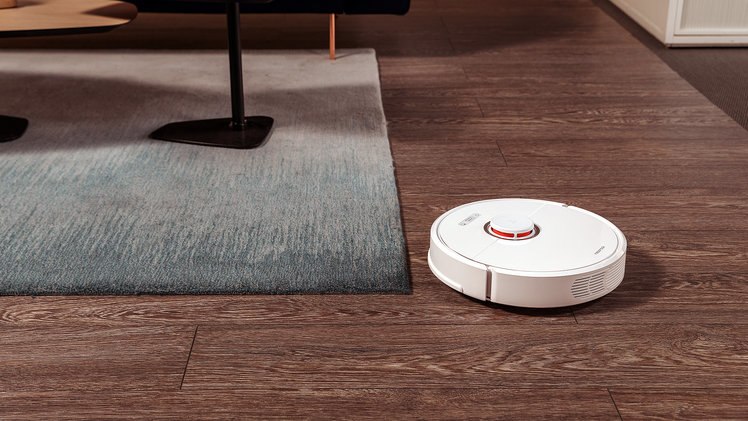 So, you've decided you want a vacuum cleaner that does all the work for you. Congratulations, good decision. Next question: which robot vacuum should you buy? Here are some reasons the Roborock S6 is the answer to that question.

The Roborock S6 matches high specifications with a keen price

This means that along with doing the cleaning – which is what you want it for, right? – it has a bunch of other features. You can easily create virtual barriers and no-go areas. Some vacuums require magnetic strips to be inserted under carpets, for instance, but here you can set off-limits areas to protect a delicate vase or a whole room.

Unlike some vacuums, this one also keeps the noise down, with a less harsh sound and lower volume that's less intrusive. It's also very smartly styled, with award-winning design, in fact.

It's packed with sensors, 14 different types in all, including an infra-red cliff sensor so it knows to avoid the stairs, a compass, an accelerometer, an odometer to measure the distances it's travelling, and more. All the features on board means the Roborock S6 is tremendous value.

Set the S6 going and the cleaning is excellent, thanks to the way it can brush the floors to clean away dust. That's a pretty standard feature, though the fact that the side brush has variable speeds already sets the Roborock S6 above many rivals. It means it can clean snugly into the edges of rooms.

However, this vacuum additionally has a mop unit so it can mop the floor at the same time. This is no mean feat: it works well because the water flow is carefully controlled and the mop pad wipes the floor dry, cleaning up minor marks as it does. Disposable cloths mean it's a doddle to use, too.

It's powerful – but still gentle

The Roborock S6 doesn't just vacuum up dust. It's powerful enough to pick up AA batteries and pet hair from wooden floors as well as sucking dirt out of carpets. What's more, thanks to a ingenious system for routing air through the device, the suction stays pretty constant through its activities.

Even so, that doesn't mean it's harsh on your floors. The bristles are effective and there are more of them than on previous brushes but also softer,

A large lithium-ion battery inside means the Roborock S6 has tremendous stamina, running for up to three hours before it needs to be recharged. And, don't worry, recharging is something it'll look after itself as well, smoothly finding its way back to its charging base before it runs out of energy, so it can get ready to tackle more cleaning. That's just one example of how low-maintenance the cleaner is. The main brush is designed to be self-cleaning, too. If it does clog up with hairs, you can just pop it out and remove the tangles easily.

Smarter than the average vacuum

This is a smart machine. It has multiple sensors to help guide it round your rooms and a mapping system with a laser rangefinder that scans the terrain and creates a floorplan map that's 98 per cent accurate. This means it's easy to tell the Roborock S6 to clean one room, several or the whole place. It also means it's fast. A powerful brain – similar to the chip in a smartphone – means it's quick to work out the best route and get cracking. The same brain helps it to avoid getting trapped in awkward corners as it goes on its way.

The Roborock S6 is an advanced, powerful, feature-rich vacuum that needs little maintenance and does a great job.

Buy the Roborock S6 on Ebay