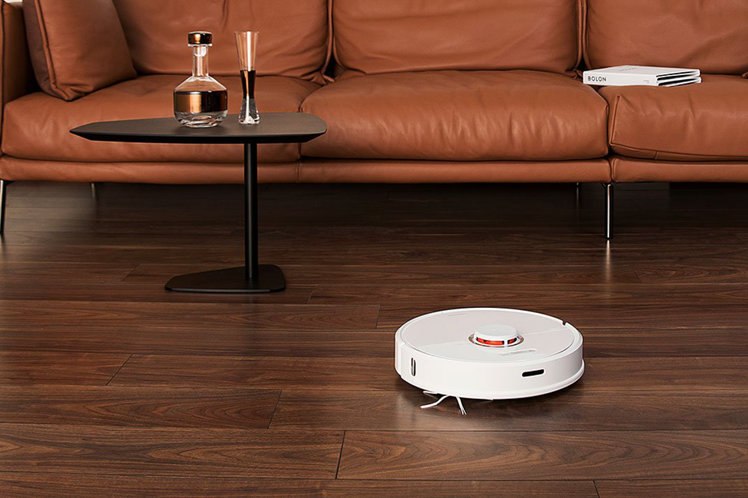 So, you're going to buy a robot vacuum cleaner, and you want the best. Well, that doesn't mean you have to spend the most. Although there are plenty of robot vacuums around and some are priced at as much as $900, there are alternatives which are high-quality and stuffed with innovations but cost much less.

Let's start with power. You need the vacuum cleaner to, well, clean, and that means suction that's strong enough to deal with dust, pet hair and more. The Roborock S6 has plenty of power – it can lift AA batteries. It's as great at grabbing debris out of carpets as picking up every hair and speck on wood floors, for instance.

The success of the clean isn't just down to sheer power. The S6 has a brush with much greater density of bristles than before. This means the bristles can be softer, to protect your floors while still ensuring the dust pickup is effective. More than that, robot vacuum cleaners, even the most expensive ones can be noisy. The Roborock S6 is up to 50 per cent quieter than previous models. Since a robot vacuum keeps working until it's done, a quieter machine is a real boon. It even means you can clean late at night.

Not all robots are smart. Some will work their way around a room with basic navigation systems. The Roborock S6 finds its way with the help of a precise laser rangefinder which it uses to scan your rooms to compile a highly accurate floor plan. This not only means it covers every bit of flooring, but it'll do it faster, too, because it calculates the best and quickest route.

It has a total of 14 sensors, way more than a lot of robot vacuums at whatever price, which means it can sense what's around it in 360 degrees. Its superior intelligence means, for instance, that it's smart enough to know whether it's in the middle of the room or at the edge. As a result, its brushes spin faster next to the wall to catch all the dirt, but slower in the middle so it's doesn't cause the dust to fly around.

Once it's created its map, it can tell your rooms apart. Which means that when you decide to clean, you can set a schedule for it to tackle individual rooms, several rooms or the whole place. Oh, and if you want it to clean the living room, say, but don't want to risk it banging into that delicate vase standing in the corner, you can draw a no-go area in the Roborock smartphone app and it's as though a virtual wall has been built around those precious items.

Unlike many robot vacuums, even pricey ones, the Roborock S6 isn't defeated by tall dividers in door frames between rooms. It can climb up to 2cm, enough ensure it can get onto that rug, as well.

Finally, the Roborock S6 does more than just vacuum. A supplied attachment means you can clean the floor by mopping it. It uses a controlled water release and then mops up after itself. It filters impurities out of the water to ensure there are no blockages and the mopping cloth reaches the room edges.

All in an attractive unit with award-winning design. Outstanding quality for a keener price than many rivals.