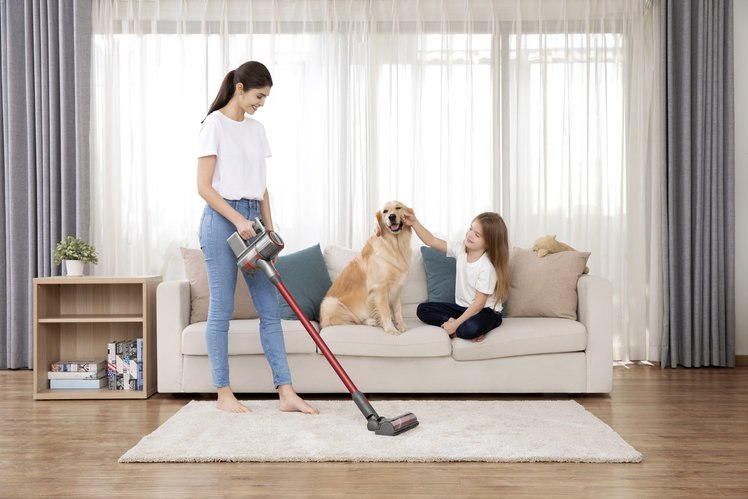 Better-known for its robot vacuum cleaners, Roborock is introducing a new type of cleaner here at CES 2020 – the H6 handheld to take on the growing market pioneered by Dyson.

As always with these devices, battery life is at the top of the list of things to consider and on paper the $449 H6 is a compelling proposition, with a 90 minute run time thanks to the first LiPo battery seen in a handheld cleaner.

That’s in eco mode, of course, if you whack it up to max power you’ll reduce that time significantly – to a mere 10 minutes.

The H6 also has an OLED display on the rear to give you a clear idea of how much charge you have left as well as other information.

The cleaner runs on a 420W motor in addition to a five-layer filtration system that features multiple cyclones and washable HEPA front and rear filters. It also comes with a bunch of accessories and the dirt bin can be removed and washed out. ʺWe invested a lot of time developing [the H6], in fact we've been carefully planning this for close to three yearsʺ, said Simon Wan, Roborock's co-founder. ʺWith the H6, we wanted a product that addressed constraints still existing in the handheld vacuum space – weight and battery life in particular.ʺ

Roborock is also showing off a new robot vacuum at CES as well – the S6 Pure – which is a more affordable version of the existing S6. It’ll sell for $549. Both new models will be available later in the year.