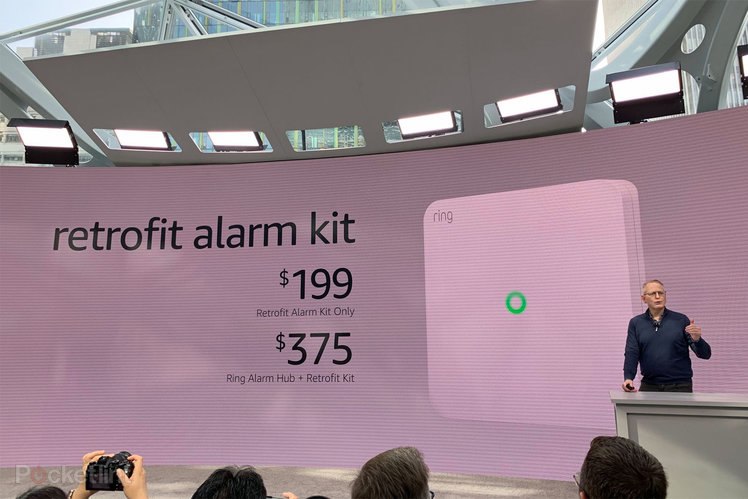 Among the new hardware announced at Amazon's autumn event are devices from Ring. Aside from a new Ring Stick Up Cam and Ring Indoor Cam, there's also a clever box that will bring Ring Alarm smarts to your existing home security installation.

Many homes have an alarm installed – or had the wiring and sensors installed – when the house was build. Many of them were monitored systems that probably fell out of use, or were abandoned in favour of smarter connected devices.

The Ring Alarm Retrofit Kit looks to overcome that problem, providing a DIY kit that can add Ring's Alarm features, but use your existing installation. Basically, it's to replace the disused alarm box that's probably sitting somewhere in your house.

The idea is that the Retrofit Kit can use the existing sensors in your house, rather than you having to install a complete new range of sensors to get a Ring Alarm. Amazon says it's a DIY job, but it's not completely clear how it will come together and what you'll be able to replace.

Ring Alarm is the best selling alarm on Amazon (they day) and you'll be able to get the Ring Alarm Hub and Retrofit Kit for $375.99 – or the Retrofit Kit on its own for $199.99. It's going to be available from Amazon in November – but we think you'll need to check carefully to make sure you're getting exactly what you need before spending your money.