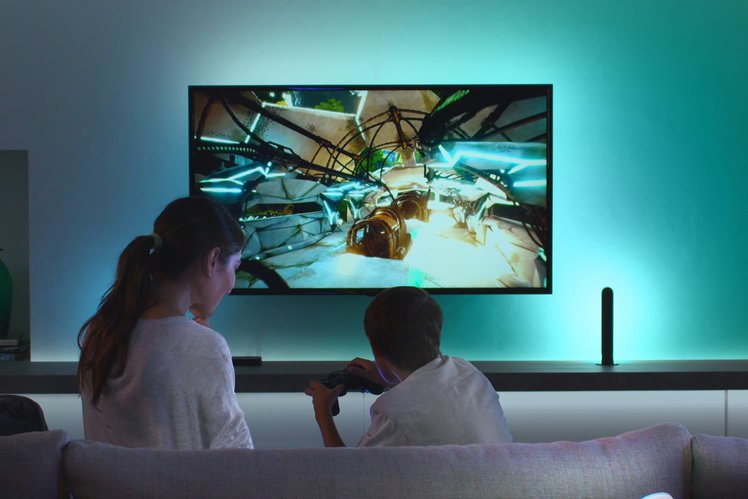 Do you love the idea of Ambilight but don't have a Philips TV? Philips Hue could have the solution for you.

It has announced a dedicated HDMI switching box that will synchronise your home Hue lighting with anything you watch on TV – whether than be movies, Sky, Virgin Media, or playing games.

The Philips Hue Play HDMI Sync Box is a device with four HDMI inputs and one out. You can therefore plug in four separate sources, including games consoles and set-top-boxes, and a lead then attaches to your TV. As well as automatically switch between video sources, the Sync Box wirelessly connects to your Hue lighting to create ambient effects depending on the video feed. That way, your games can be more immersive, with every explosion rippling around your room through "surround lighting".

You can adjust the brightness, speed and intensity of the lighting effects and the box can also be used to control your entire Hue lighting remotely, with "away-from home" features and much more.

Some Philips Ambilight TV owners will already know how the expanded experience can feel, with some of the sets also offering Hue lighting control to add to the LEDs housed at the back of the bezels. However, the new Philips Hue box can be set-up with just one Hue bulb or many, so there are few barriers to use. It will be available in several countries, including the US and central European locations from 15 October, priced at $229.99/€249.95.

More countries will follow next year. We expect the UK to be one of those.