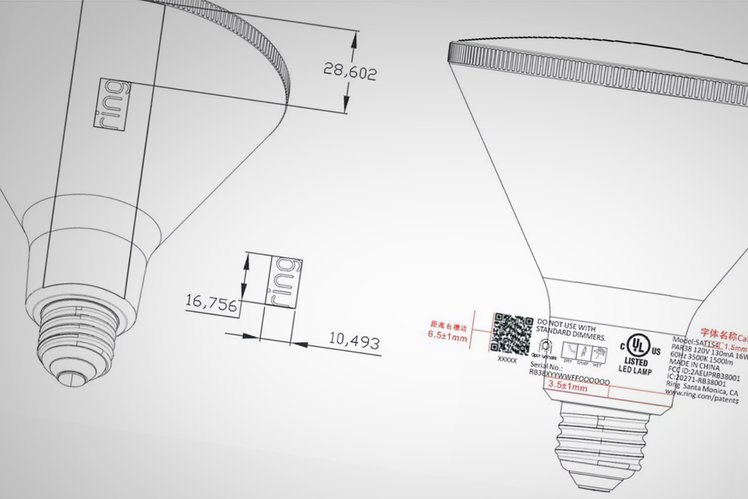 Amazon-owned Ring sells a bunch of smart home products, and according to new FCC documents, it's about to start offering a new smart bulb.

The company appears to be going after Philips Hue and other smart light makers with a new floodlight-style bulb, as spotted by Dave Zatz. While details are slim, an FCC filing suggested it'll feature Bluetooth. We don't yet know if it will feature motion detection or more premium features. We also don't know if it'll require a bridge to link up with other Ring devices.

Keep in mind Ring already makes floodlights and other devices with built-in motion sensors, though those are all designed to work with or complement its security cameras, and they need a $50 Ring Bridge accessory to actually work with other Ring devices. Because of that, this new smart lightbulb from Ring is being described as Amazon’s first smart light bulb.

However, we have to point out that Amazon recently announced an Echo Glow smart lamp. It's not a typical smart bulb, and it isn't a Ring device. Regardless of whether it's the first smart light or not from Ring, it's exciting to see Amazon making smart bulbs for general use – rather than ones intended for outdoors or for security purposes. Perhaps it'll even offer colours?

Amazon has yet to officially announce the new Ring bulb, so there’s no idea on features, pricing, or a release date. It's now clearing the US Federal Communications Commission, so it'll likely arrive in the US soon, and hopefully, we'll be able to bring you a fuller picture shortly.