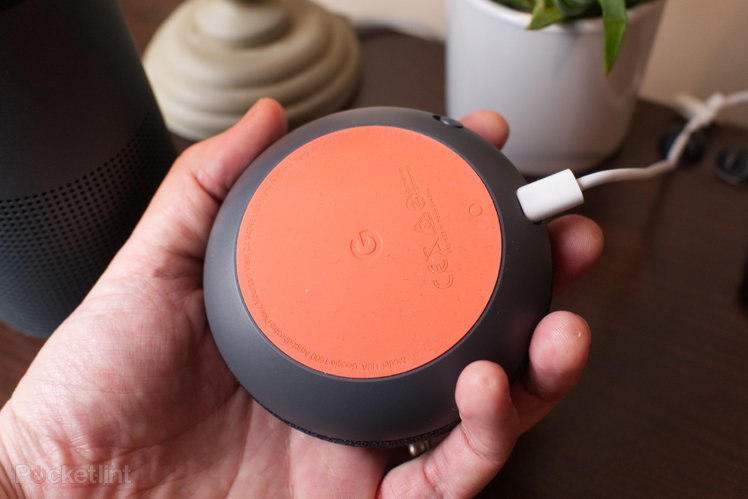 Google might be working on a new version of the Home Mini smart speaker that you can hang on a wall.

A recent Federal Communications Commission filing (spotted by 9to5Google) includes an illustration of the device, thought to be called Google Nest Mini. Interestingly, it appears to have a wall mount so you can hang it on your wall. The current version requires an accessory to be hanged.

The new Nest Mini might also have an audio-out jack, like the Amazon Echo Dot offers, enabling it to connect via a 3.5mm cable to an audio source such as a stereo receiver or even a laptop. This feature is missing from the current Google Home Mini speaker, but it would be a neat new feature. There is some speculation, however, that this FCC filing image shows an audio port: Keep in mind that's where the microphone mute button is on the current Home Mini. We doubt Google would ditch the mute button. Perhaps we will learn more in the coming weeks? The Google Pixel 4 should debut in October alongside, presumably, other hardware announcements.

For more about Google's Home lineup, check out our comparison guide here, where we pit all the models against each other.