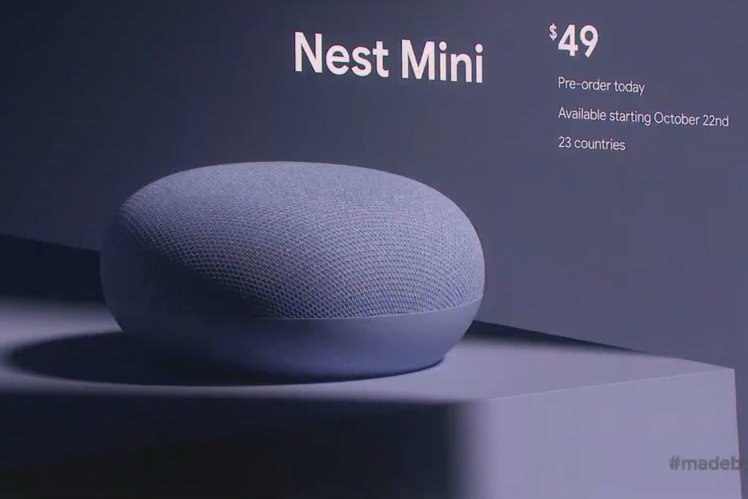 Google has unveiled a new version of the Nest Mini, its small Google Assistant speaker.

While the device looks a lot like the previous Google Home Mini, the new device will come with an increased quantity of recycled plastic in the design. The fabric on the new Nest Mini comes from old plastic bottles, with Google saying that they are giving them a new lease of life, rather than them ending up in landfill.

The new Nest Mini will have a wall mount on the back and there will be twice the bass for richer performance. A third mic has been added to the top to make it better a listening when things get noisy.

There's a hardware change in the Nest Mini too, with an onboard chip with more compute power so it can crunch data better.

When it's not playing music and responding to your commands, the Nest Mini remains the core of a smart home, working with a wide range of companies under the Works with Google programme.

Google detailed how the Made with Google programme has now moved to be more secure, with third-parties having to pass through a security process before they can be involved.

The new Nest Mini will cost $49 and it will be available from 22 October, with pre-orders open now.