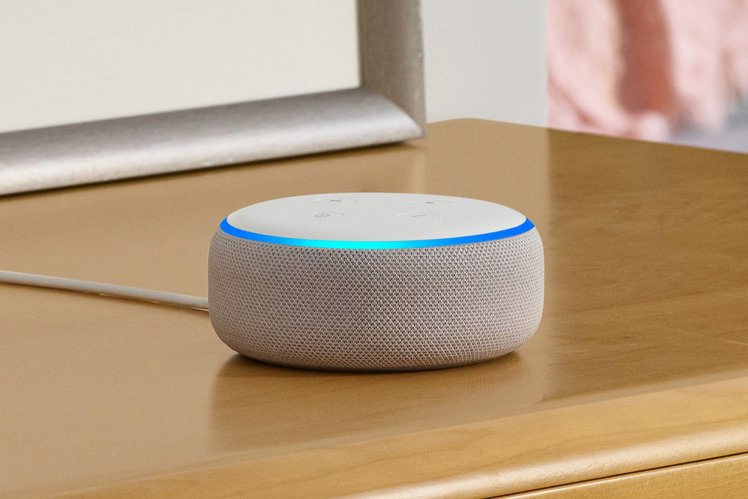 Amazon has launched a line-up of new Echo devices, including a new Echo Dot.

Dubbed the "all-new Echo Dot", the new model comes with sound improvements and a fresh design.

The original Echo Dot, a hockey puck-sized version of the Echo, was Amazon's most popular voice-controlled speaker. It launched in 2016 as an easy way to add Alexa smarts to external speakers, so you could forgo a full-sized Echo. It had a tiny speaker, but otherwise, did what the original Echo can do.

The new one is similar but better.

As with the original, you can ask Alexa to play music, answer questions, read the news, check the weather, set alarms, control compatible smart home devices, and more. But this latest version of Echo Dot is better at several functions, including playback of songs through the built-in speaker, which Amazon said now offers "full sound". You can also still hook it up to your own speakers over Bluetooth or with a 3.5 mm audio cable.

Voice recognition is better too. As before, you can use your voice to turn on lights, adjust thermostats, lock doors, find TV shows, call or message anyone with an Echo device or the Alexa app. The new Echo Dot, though, comes with four far-field microphones, so Alexa should hear you from across the room.

In our review of the first version in 2016, we described Echo Dot as a brilliant, small, and affordable smart home device. Our chief complaint was that, as a standalone speaker, the quality is tinny.