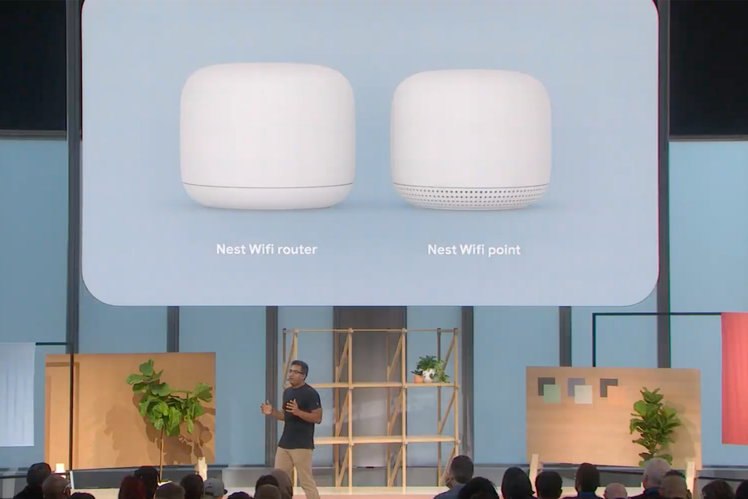 At its annual hardware event, Google unveiled Nest Wifi. It's made up of two different wireless network points.

One of them is the Nest Wifi router, the other is the Nest Wifi point. The former plugs into your modem, and emits the wireless signal, while the second is what expands the signal to fill a larger space: creating one single, bigger network.

It's the first hardware follow up to the Google Wifi system, and promises even better performance than the original system.

The manufacturer claims you'll see connection speeds increase by as much as two times, with coverage expanding by up to 25 per cent.

With this increased performance, it should mean the average home only needs this single two-piece kit to cover nearly the entire house.

So, while the previous model ideally needed three or more individual points, the Nest Wifi will be just fine in nearly all homes with just the router and the point.

Google has also paid particular attention to the design, to ensure it's not an eyesore, and therefore isn't hidden away in a cupboard, reducing performance.

It'll come in a range of colours, and just like Google Wifi, it's really easy to set up and manage using the Google Home app.

It will even act as a standalone hub for smarthome products at some point in the future, as more partners support it.

The Wifi point (not the router) also happens to act as a smart speaker, so you can add it to your existing Google Home setup, using it as a multi-room speaker, and a smart home assistant.

In essence, it does everything a Nest Mini can do, but is also a Wifi mesh point.

Nest Wifi is available to pre-order as a two pack from today for $269, with shipping starting on 4 November. There's also a three pack being sold for $349 for those with larger homes.