Lightning fast 8Gbps broadband is coming sooner than you think 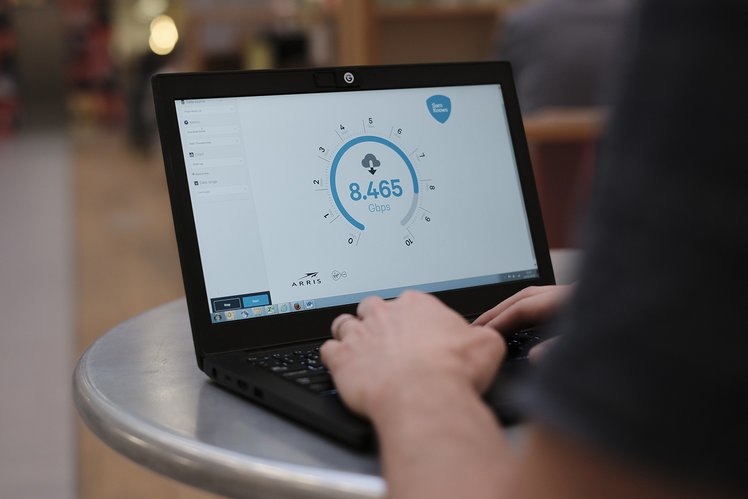 Virgin Media is trialling home broadband that is more than 200 times faster than the UK average.

After successful tests, it is supplying around 50 homes in Cambridgeshire will an 8Gbps trial service. The residents will use it for six months in order for the company to obtain real-world data on usage and speeds.

It could prove valuable information for a wider roll-out in future.

Up to 8Gbps connectivity has been achieved using existing fibre-to-the-premises (FTTP) technology. It also offers symmetrical connectivity, which enables the same speeds for both downloads and uploads. Most UK broadband connections for home consumers restrict upload bandwidth.

The current speeds offered to Virgin Media customers on its top plan – Vivid 350 – are claimed to average 362Mbps, with uploads averaging 21Mbps.

An 8Gbps connection is dramatically faster, therefore. The PS4 download of Red Dead Redemption 2, sized at 99GB, will take less than two minutes at the speed, for example. Many reported it taking more than 10 hours on their current broadband connections.

"Whether it’s streaming UHD movies on Netflix, playing the latest games online or video conferencing, faster internet connections have changed our lives immeasurably over the past decade. As speed leaders, Virgin Media is not going to stand still; this trial is about looking ahead to the next decade and beyond."