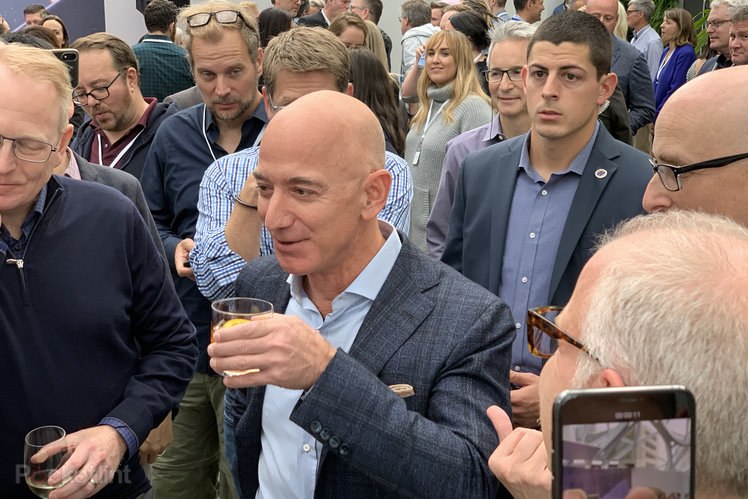 Amazon chief Jeff Bezos got up on stage during the aftermath of Amazon's lengthy product launch today to hail the work of Amazon's team in developing the Echo Studio.

Bezos also told a group of reporters with Pocket-lint in attendance that the teams develop ideas for launch by having a price point in mind to start with and then working backwards to come up with the device in question.

"I’m super proud of the team. I want to talk about Echo Studio… it’s incredible what the team has done," said Bezos.

"[Studio's] $200 price point performs many $500 products [although] we have equal pride about all products and services [that we launched]."

Furthermore, Bezos told a bunch of journalists that Amazon is working on proposed regulations to do with facial recognition technology.

"Our public policy team is working on facial recognition regulations, and it makes a lot of sense to regulate that," Bezos said.

"It's a perfect example of something that has positive uses, so you don't want to put the brakes on it.

"At the same time, there's potential for abuse so you do want regulation."