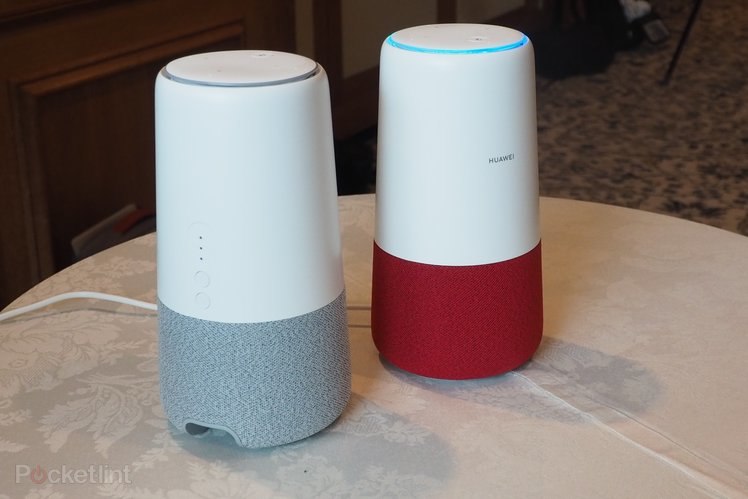 Huawei was working with Google to produce a Google Assistant-powered smart speaker, before the plans came to a halt following the US ban in May 2019, according to The Information.

The details come from an anonymous Huawei employee confirming the impact that the stand-off with US has had.

"We worked on this project with Google for a year and made a lot of progress. Then everything suddenly stopped," the source is quoted as saying.

When Huawei was added to the Entity List in May 2019 – citing that it posed a security risk to the US – many companies were banned from working with Huawei. That has had an impact in a number of areas, raising questions about software and hardware for Huawei devices.

While Huawei maintains that it's business as usual – mostly to reassure customers – the news that there was a smart speaker project that has been shelved again points to the wider repercussions of the tensions.

Although there was recently a let-up from the US side, which seemed to coincide with ongoing trade talks between the US and China, there's still no firm resolution, with US companies who wish to work with Huawei needing a license to do so.

The new Huawei speaker was destined for launch at IFA 2019, the huge Berlin technology show held in September, as Huawei looks to widen its impact on this area dominated by Amazon and Google. Whether the project was mature enough for Huawei to pick up the pieces and bring the device to market is unknown, but the company has been resolute in saying that it will continue to launch and support products.

The Google smart speaker isn't the first time that Huawei has had a crack at this market: in 2018 it launched the AI Cube, an Alexa-powered smart speaker with integrated networking skills, able to accept a SIM card for a 4G connection.