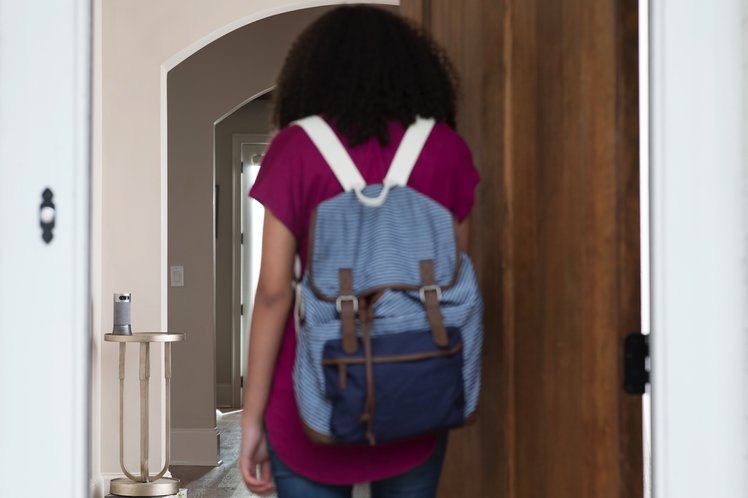 Leaving the hall light on and the curtains half open doesn't make your home secure, so we've come up with essential top tips, both high tech and luddite friendly, to keep the bad guys at bay while you're on holiday regardless of the time of year.

Smart plugs are all the rage at the moment and certainly beat cheap noise timers that only have the ability to come on at set times during the day. Numerous companies offer connected plugs from Belkin to Eve to TP Link to Amazon to even Ikea. Plug them into the socket and then plug table lamps, radios, or anything else you can think of and set them to come on and switch off at various times of day to give the sense someone is home, especially in the evenings. Services like IFTTT, Alexa or HomeKit will let you even make sure they come on based on sunset, sunrise, or even more random like when your favourite football team scores a goal.

Smart lights like Philips Hue or LiFX let you make the most of modern technology by letting you switch on and off your lights at key times. Rather than just come on at the same time and go off at the same time, be clever with them. Set lights to vary, dim, and change colours. Doing so in the living room can mimic the light coming from a TV, which is a sure sign you are home.

Many smart security systems now offer outside floodlights to illuminate your drive or garden, and are a great way to deter anyone sneaking around, but to double your security, create a simple recipe using IFTTT, an outdoor motion sensor, and a smart bulb in the bedroom to give the impression someone has just been woken up!

Investing in a smart doorbell not only lets you see who is coming to your front door, but also allows you to speak to delivery guys to tell them to deliver that monthly subscription you've forgotten about to your neighbour, or at the very least tell them to pop it over the side fence if you know you're heading back.

Install a security system in the hallway

Get a DIY alarm system such as the new Honeywell Smart Home Security system. It has sensors which can you place around your home. The built-in camera features advanced face recognition meaning it will identify friends and family – and unwanted visitors. The system is capable of recording high quality HD video and will only let you know important alerts rather than bothering you about a tree that it's seen moving in the background because it's windy.

External CCTV cameras are more advanced than ever – with night vision, motion detection, video and cloud recording keeping your home covered, but equally important is their role as visual deterrent, especially for opportunistic burglars. Honeywell offers outdoor motion cameras that can be paired with the Honeywell Smart Home Security Base Station to complete the package. Just because you're off on holiday doesn't mean Alexa has to stop working for you. There's a host of free skills available that can make your home sound lived in. Burglar Deterrent will play a soundtrack of everyday noises while Guard Dog will – you guessed it – have Alexa barking at random times during the day!

Stop posting real-time updates of your travels on social media

Online bragging is half the fun of a holiday, but the Police have identified a trend for organised criminals scouring social media sites for details on your vacation plans, so stop posting on local Facebook groups and resist the temptation to post endless pics from the beach.

Remember to lock the doors and windows

Yes, you're not that silly, until you find out one day you really are because you were in a rush to make it to the airport on time. All the above security ideas are great, but not if you don't bother to lock up before you go. If you're really worried you might forget investing in a smart lock from the likes of Yale or Schlage. Not only do some let you remotely lock and unlock, but you'll also be able to get that peace of mind by seeing on the app that everything is all locked up as safe as houses.