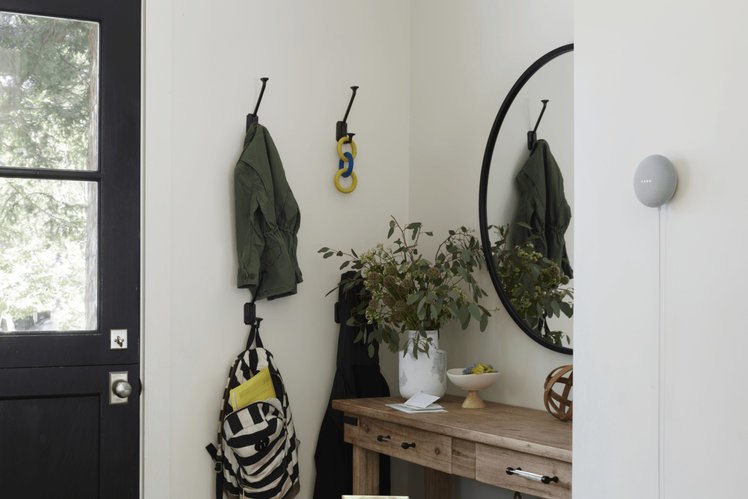 Google will unveil the Pixel 4 and Pixel 4 XL at an event today – 15 October – but the company is also rumoured to reveal the second generation of the Google Home Mini in the Nest Mini.

We've already seen several leaks of the Nest Mini, but the latest report comes from WinFuture and it not only offers numerous press renders and marketing images of the device, but several details too.

According to WinFuture, the Nest Mini will have identical measurements to its predecessor – 42mm x 98mm – but it will have a built-in screw mount on the rear and it will come with a 1.5-metre cable to make use of the wall-mounting feature.

In terms of hardware, WinFuture says the Nest Mini will offer 15-watt of power – which is a little more than the 9-watt of power offered by the Google Home Mini – and it's said to offer Bluetooth 5.0, built-in Chromecast support and work with 802.11b/g/n/ac Wi-Fi with dual-band support.

The report revealed no software details but we'd fully expect the Nest Mini to deliver the same features as the Google Home Mini, offering Google Assistant at its heart. We also expect a few extras, with previous rumours claiming the new device will have proximity awareness.

You can read all the Nest Mini rumours in our separate feature, as well as find out how to watch the Made by Google event by clicking here.