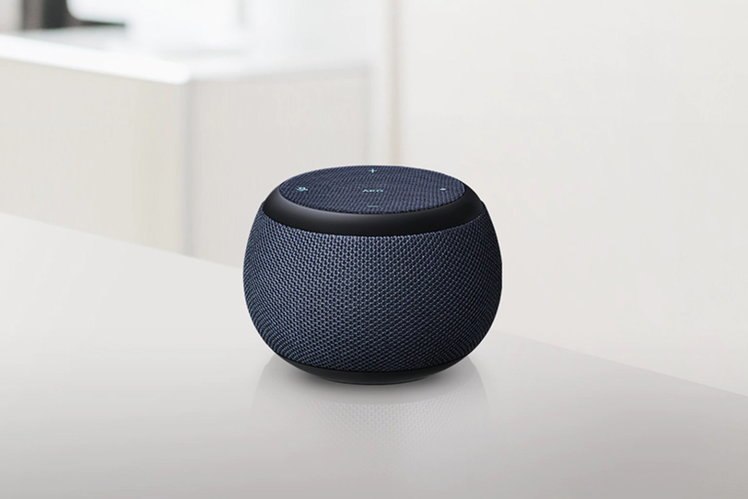 Samsung is testing a smaller version of its Galaxy Home smart speaker.

The tests taking place in Korea – which Koreans can sign up for on Samsung's site – and the above accompanying image are clear evidence the device exists.

The latest info follows a long list of rumours and regulatory evidence (such as from the US's FCC) pointing to a smaller version of the AKG-powered speaker with the Bixby voice assistant on board.

Interestingly, Android Police notes the device seems to have an IR blaster as well which means you could control various devices instead of using the remote.

However, there's something a bit odd and that's the absence of the full-size version of Galaxy Home. That speaker was first announced at last year's Galaxy Note 9 event over 12 months ago and we're still waiting for it.

We did see it in some kind of action at CES 2019 in January – we could make a request for Bixby to play some music from Spotify, for example, but it wasn't a full demo and it was clear that Samsung felt it wasn't ready for us to check out fully.

We now believe that both speakers will be available at retail before the end of 2019.