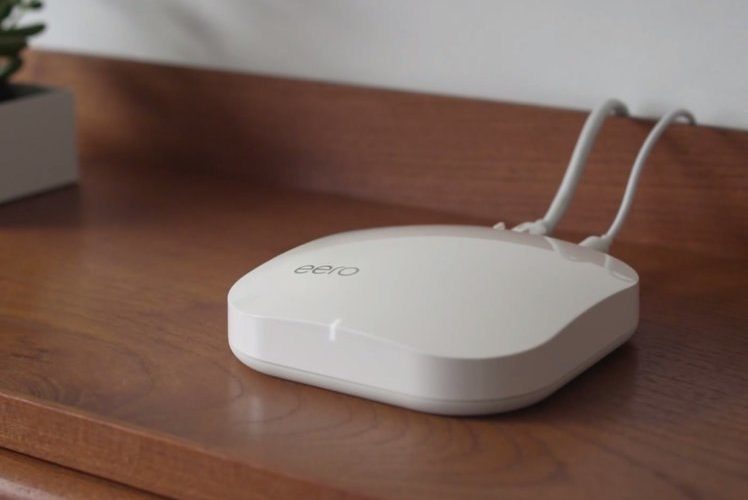 Eero’s mesh WiFi systems, including eero and eero Pro, are now available in the UK for the first time since Eero's acquisition by Amazon.

The Eero system uses mesh networking comprising of various nodes. That means you can get a stable connection anywhere in your house and reduce dead zones where you have poor Wi-Fi signal.

The standard Eero pack is available in a single unit, but you really need more nodes to take advantage of the benefits of mesh networking – so there's a triple pack, too.

Eero Pro ups the ante with tri-band radios, again available in a single unit or three-pack. However, you can add extra devices, as many as you need. However, you'll be able to more than adequately cover a large home with a triple-pack.

As with other mesh systems, one end plugs into your router or cable modem and then the other nodes work to give you a decent Wi-Fi signal across your entire home.

The main difference between Eero mesh network system and others such as Google WiFi (now known as Google Nest WiFi), Netgear's Orbi or Linksys' Velop is that the Eero systems support Alexa control. You can also use the Eero app to manage your network, too.