EE Pocket-lint Awards 2019 winners: Find out the best gadgets, cars and games of the year. 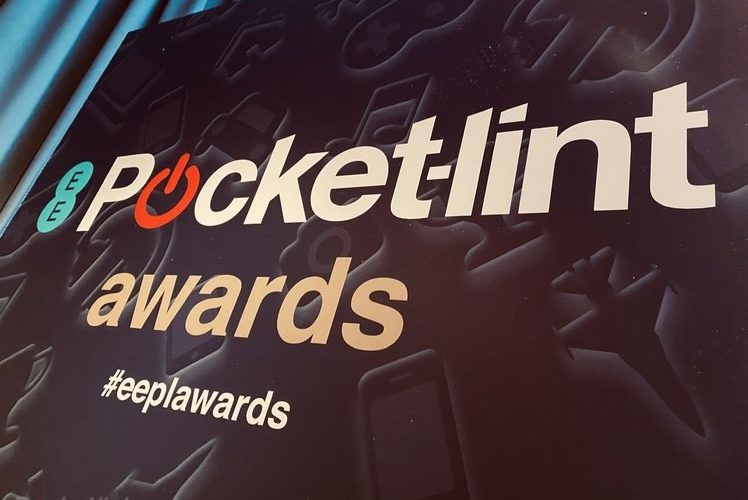 Here are the best gadgets and games of the last 12 months, as picked by the industry and public in the EE Pocket-lint Awards.

Whittled down from hundreds of products Pocket-lint reviewed this year, the final 19 winners are the best of the best in their categories.

Whether you're looking for advice on a smartphone to buy or the number one laptop to get, this is the ultimate and definitive list of the best products launched in 2019.

So check out what you should be putting on your Christmas and Birthday lists. And, if you already own any of the chosen few, well done, you've picked a winner already. Stand the X-T3 up against any camera of its type in the same price bracket and it'll more than hold its own. Whether for stills, video, static or moving subjects, this Fujifilm takes the benchmark set by the X-T2 and raises it yet another notch.

The S1's ability and resulting image quality make for a great entry in the full-frame market. The Nissan Leaf is one of our favourite cars and the e+ takes the range to a higher level. It's a hatch rather than a crossover or SUV but offers more space than you might first think. The interior tech and the overall comfort is appealing, making it a very easy car to live with.

If you're in the market for a practical electric car with bundles of range then the Kia e-Niro is right up the list to consider. An outstanding sports device with the intelligence to compete with any smartwatch too. The Fenix 6 has great build, is packed full of functions, and the 14 day battery life means there's little to worry about whether you're in the mountains or in the urban jungle.

The Inspire HR offers stacks of features – from heart-rate tracking, to waterproofing, sleep-tracking and beyond – at a great price point. If you want to have the best that Apple makes, then you need the iPhone 11 Pro. It's stylish (especially in the Midnight Green finish), feature packed, the battery life is great, and the screen is superb. The Red Dead Redemption 2 main single-player story is full of poignancy and characters that will live on long after you finish. And then there is Red Dead Online, which is a great extension to the game and is constantly updated for new challenges. Now it's on PC and Stadia, others can join in the fun too.

Gearbox created the best Borderlands yet. It feels very familiar to the others in the series, which is to its benefit as that makes it easy to launch straight into, but there is enough new and improved to sate the appetites of fans and newcomers alike. Not only a real looker, the Alienware m15 R2 is a powerhouse on the inside too. Great performance, great screen, great software and all-round greatness make for a truly superb gaming laptop.

The Zephyrus S GX531 is the pinnacle of the Asus ROG laptop line-up. It's beautiful and a joy to use. The Switch is a revolutionary console. It doesn't fade in the face of PS4 or Xbox One, it strides down it own path. And for many it has redefined on-the-go gaming, not just at-home gaming, thanks to top first-party titles.

A fantastic 4K HDR games console that set the standard for the current generation machines for so long. Bose is boss when it comes to noise-cancelling headphones and the 700 is proof. It comes with a much higher degree of build quality, comfort and ANC adjustment compared to Bose's formerly renowned QC35 model, along with impressive sound and battery life.

These great-looking over-ear cans are made from high-end materials and are worth considering based on the design alone. The sound is great, too. Although Sony isn't the only manufacturer to offer true wireless headphones with adaptive noise-cancellation tech, it has remarkably managed to include over-ear quality ANC performance in earbuds. The Sony WF-1000XM3 is also big on audio talents considering the buds' diminutive size.

Sound quality is great, these buds can go for at least three hours outside their case, and come with one of the best-designed charging cases on the market. The Surface Laptop 2 is one of the best premium ultraportables out there. Just like its predecessor, it's gorgeous to look at and incredibly well built. Only this time it comes with full Windows 10 off the bat, plus more power than before.

The Huawei MateBook 13 looks slick, offers a sharp screen with deep display colour, and has lots of power on tap. It's a relative bargain, too. We love that Google opted to build a more affordable version of its pure Android smartphones, and even used some smart artificial intelligence (AI) to ensure the camera and performance is pretty much the same as the pricier models. If what you want is that pure Pixel experience and access to its ace camera setup for less money, then the Pixel 3a is ideal.

As an affordable flagship, the OnePlus 7 has all the main features present and correct and will make a superb 5T upgrade or brand new sub-£500 purchase. The Ring Video Doorbell 2 is an incredibly useful device – both as a method to communicate with visitors when you're not home, and as a security camera. Thanks to the use of batteries and the simple installation, it's proven extremely popular.

The Arlo Ultra is a great 4K HDR security camera that outshines most of the competition. For the price, the Echo Show 5 is a great value device. And, if you've got a specific use for it in mind, such as Skype calling in the living room or to check your Ring doorbell, then it's an even bigger bargain buy.

Philips Hue is the go-to service for smart lighting. It offers a greater variety of products than other services, allowing a lot more flexibility in your home lighting setup. Apple's smartwatch is still the one to beat and although Series 5 doesn't go all out when it comes to innovative new features, the always-on display is much welcomed. WatchOS 6 and the new Watch faces also make for a fantastic leader in the smartwatch genre.

The Tag Heuer Connected is a good-looking watch that wears well and offers a lot of customisation to get the perfect look for you. Rather than go down the giant soundbar route, the Sonos Beam shows off what can be achieved in a compact package. This second iteration Wonderboom is every inch as good as the first model. It's an easy recommendation if you're after a compact Bluetooth speaker that will do it all, offer all-round protection and a bassy 360-degree sound. You can even stereo pair two together.

Far classier than the glut of current smart speakers, more audio adept than the Sonos line-up, the second-gen Qb might have a silly name, but its silly-good sound quality sells it.

Sky created a system and family of devices to suit all tastes and needs, with a strong multi-room focus and a modern outlook on household entertainment desires. With a vast amount of 4K Ultra HD content on offer, plus Netflix integration, it truly is the yardstick of paid TV.

We love the experience, we love the ease of use and the quality of the stream that we get from the 4K HDR Roku Streaming Stick+. The latest Air is much like an iPad Pro in all but name. So if you can live without the Face ID, uniform bezels and Type-C port, then this 10.5-inch iPad is a very compelling offering. Especially considering its sub-£500 price point.

There is so much in the iPad Pro that blurs the lines when it comes to working on the go that it will pique the interest of those who have started to question whether they still need a laptop. Philips claims the performance high-ground with this ambitious OLED screen and Hi-Fi sound system combo. Execution is top notch, with excellent image quality and Bowers & Wilkins' trademark audio performance. We suspect it’ll appeal as much to tech fashionistas as AV enthusiasts, too. The Qualcomm X50 5G modem will be leading the charge into the new era of mobile data. It is capable of download speeds of up to 5Gbps, which is crazily fast and nearly 400 times faster than the current average 4G download speed of 13.5mbps. And so, the most popular product amongst all our winners this year is the Nissan Leaf e+. Not only does it set the standard for a more conscientious, greener future, it's a superb looking car, to boot. Splendid.

The Pocket-lint Gadget Awards were first held in 2005. Over that time we've rewarded the best gadgets in the industry every year following similar criteria as today.

Over the years, the categories have changed and adapted to reflect the industry at the time, but the core aim has always been the same: to help showcase the best gadgets of the moment, the ones that have the ability to make a difference to our lives, or are just great fun to use. Product of the year 2017: Nintendo Switch Product of the year 2016: Amazon Echo Product of the year 2007: Nintendo Wii

Product of the year 2006: BlackBerry Pearl