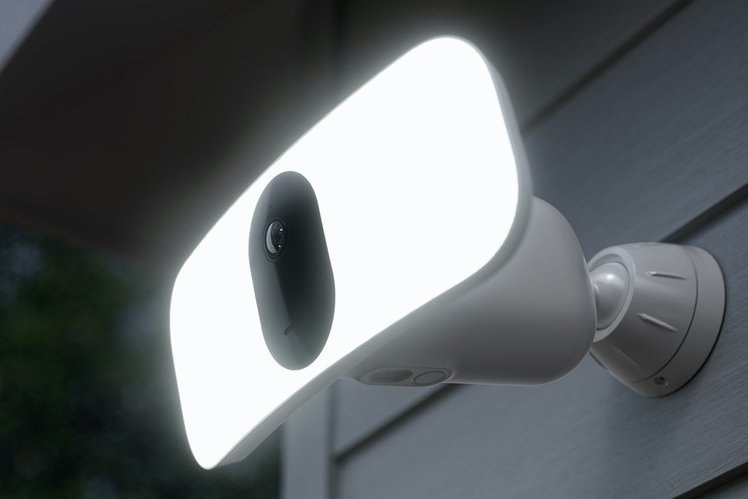 For the longest time, if you want to pick up a smart floodlight camera to add to your smart security network, the floodlight part of that equation has meant extra hassle, principally around the wiring up of the power-hungry light.

Now, though, Arlo has used CES 2020 to debut the first wireless spotlight camera that it or its competitors have offered — the Arlo Pro 3 Floodlight.

The camera has a front plate of LEDs to illuminate wide areas for its lens to better capture goings-on, but the camera is nonetheless able to run entirely free of wires, from a rechargeable battery.

The actual camera part of the Pro 3 Floodlight is, unsurprisingly, almost identical in specs to the existing Arlo Pro 3. That means it boasts 2K HDR video recording, a 160-degree field of view, integrated two-way audio and a built-in siren. Where the Pro 3 has a small LED spotlight above its lens to light up the subject area, the Pro 3 Floodlight has an absolute array of the things. Arlo has told The Verge that it will smash out 2,000 lumens of brightness at its top setting, which isn't quite as much as some wired floodlight cameras, but for a wireless effort will certainly do the job.

However, handily, if you prefer to wire the Pro 3 Floodlight up, you can do so, and it'll boost the performance to 3,000 lumens, while freeing you fro from the need to recharge. Exactly how long the battery will last on a charge when wireless isn't 100% clear, though Arlo has told The Verge that it could get up to six months in one go, presumably on low-usage settings.

Controlling when the light itself actually switches on is down to user preferences in the Arlo app, and could depend on a low-light sensor built into the unit, or on other triggers from external sensors you have installed.

The Arlo Pro 3 Floodlight will release this Spring, and cost $249.99 (around £191). It'll come with a 3-month trial of Arlo Smart, Arlo's subscription service for storing and viewing recordings in the cloud, which normally costs £1.99 or $2.99 monthly for one camera. To view and store recordings without Arlo Smart requires an Arlo base station storing them on a USB drive.