Arlo Video Doorbell is a serious competitor to Ring 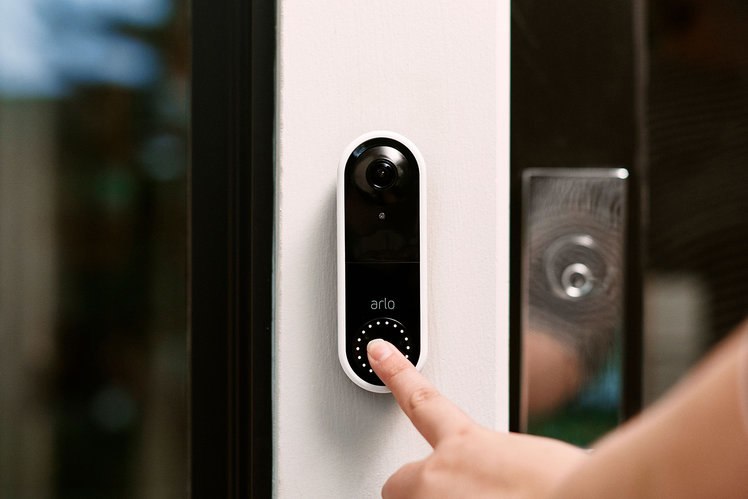 Netgear's Arlo has announced its Video Doorbell, competing with the likes of Amazon's Ring 2 and Google's Nest Hello.

The Arlo Video Doorbell is a slim rectangular device with rounded edges – similar to the Nest Hello – offering a more subtle approach than the Ring 2. It boasts a weather-resistant design and it has tamper detection on board, with a siren sounding if someone tries to remove the doorbell.

In an attempt to differentiate itself from other video doorbells, the Arlo Video Doorbell captures footage in a square aspect ratio and Arlo claims it has an industry-leading vertical field of view, allowing owners to see packages on the ground, as well as visitors from head to toe.

The Arlo Video Doorbell will also call your phone directly when someone presses the doorbell, allowing you to speak to visitors without a delay. Both Ring and Nest alert a user through their respective apps, with two-way talk offered there instead. Direct-to-mobile video calls are said to remove the slight delay that can occur when an app is responsible for the connection.

Along with these features, the Arlo Video Doorbell has motion detection, night vision, HD video, zoom capabilities when on a live video call, and pre-recorded messages to allow you to quickly respond to visitors if you aren't home. There is also a silent mode, allowing you to disable the chime, as well as push notifications if you so wish.

The Arlo Video Doorbell will be available to pre-order on Amazon from 17 October. It will come with three-months free access to the company's subscription service, Arlo Smart, which offers access to 30-days of cloud recordings to share and view.