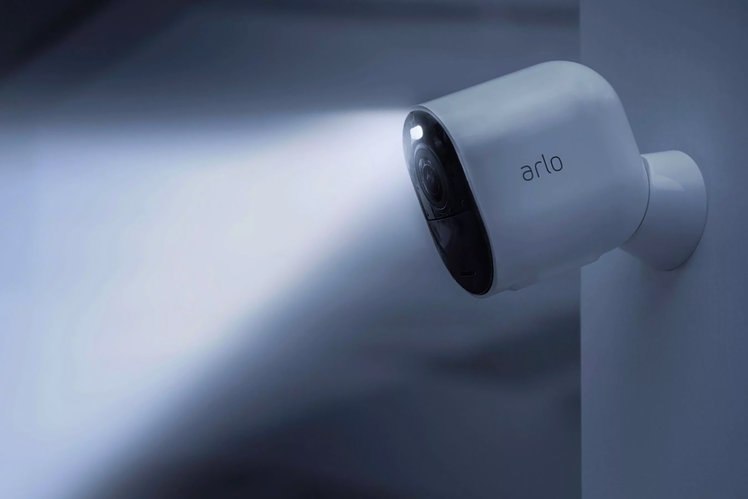 We really like Arlo at Pocket-lint. It's a great starting point for building a flexible home security system, especially with its modular design that's easy to expand, so we're happy to see it announce a new 4K security system.

Called Arlo Ultra, it is, as we said, a 4K camera, but there’s also plenty of features that make this one of the most interesting home security cameras to debut recently, such its ability to do HDR recording. It also features a 180-degree field of view, which is an improvement over Arlo’s last camera, the Arlo 2 Pro. Sure, Google's Nest is a more advanced system, but it's far pricier with ongoing costs, which is how Arlo earns its keep.

Arlo Ultra comes with a built-in spotlight that was previously only sold separately from Arlo’s cameras. Between the high-definition camera and the spotlight, users should have no problem recording in colour (even at night). It also features smart person detection and a 911-calling functionality. It is wireless, but we’re not sure on the battery life of the product. In our review of the Arlo 2 Pro, we found the battery lasted months. As for that ultra high-definition resolution, it comes with obvious benefits.

We’ve all seen the movie where a detective looks at a camera image that has about 12 pixels in it. The detective asks for the the footage to be enhanced a few times, another person clicks some buttons at a computer, and suddenly we''re looking at a clear view of the bad guy’s face. Now, while Arlo Ultra does not offer such an enhance feature, you shouldn’t need it, thanks to its 4K camera and HDR recorded video.

This should be one of best, most affordable options available in the 4K security camera market, and we can't wait to test it. Arlo Ultra will start at $399/£369 when it becomes available in the first quarter of 2019. That price includes a free one-year subscription to Arlo Smart Premier, which usually costs $119. Arlo Smart Premier will keep your camera recording and save that video to the cloud.