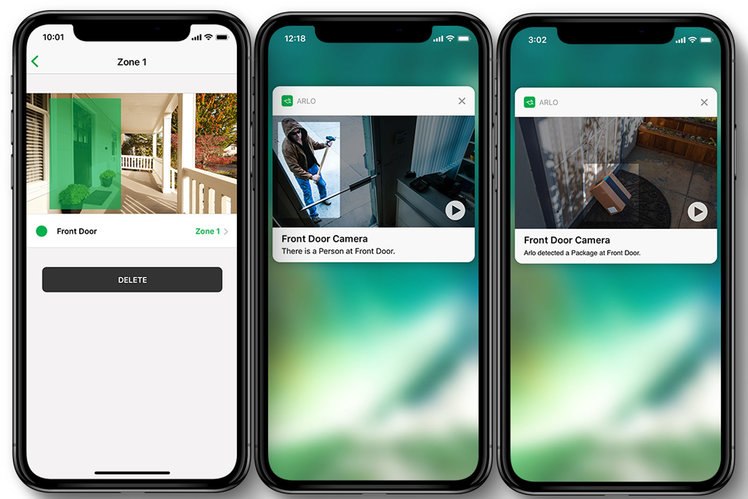 Arlo is a popular camera system because there are a lot of options for devices, so it's easy and fairly cheap to build a modular system to meet your needs – not to mention that you get 7 days of cloud storage for captured video, free.

One of the things that's been missing for a while, however, is the AI enhancements that makes systems like Nest Cam – through Nest Aware – so powerful.

Arlo's solution is called Arlo Smart. Arlo Smart adds a layer of AI to your cameras, so rather than spotting every movement, it will alert you to people, animals, cars or packages. It's been available in the US for a couple of months, but now it's hitting the UK too.

The aim is to make sure that the notifications you get actually matter – the person walking towards your house, rather than a branch waving in the wind – so you're not bombarded with motion detection that doesn't matter.

This enhanced functionality uses the cloud to determine what's happening – much like rival systems do – aiming to make sure that only the important stuff is brought to your attention.

In addition to more precise recognition of particular types of motion, you can also select detection zones. This is a big deal, because it means you can obscure something from the frame – for example a bush, or the road past your house, if that's what's always setting off motion alerts.

That leaves the camera to look for motion in the areas that actually matter, again, ensuring that notification you receive are useful.

Of course this comes at a cost. There are some battery demands (but less battery demand than recording all movement), but there's also a subscription cost for the service.

You can add Arlo Smart to one camera for £1.99 a month – that might be your front door camera, for example, leaving the other cameras to capture as normal.