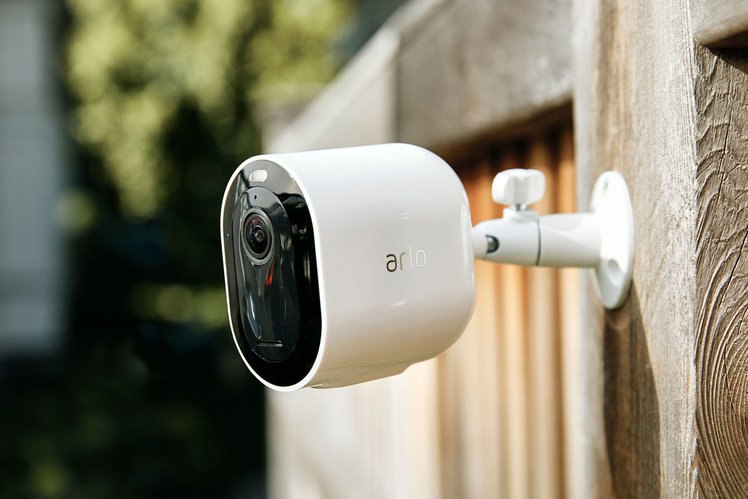 Arlo, the camera company born of Netgear, has announced a new flagship model in the Pro family, lifting a lot of the features that made their debut on the Arlo Ultra.

The big difference between these cameras is that the Arlo Pro 3 only offers 2K resolution, rather than the 4K that you get on the Arlo Ultra, but they share a similar design – and work with the same range of accessories.

On the video front you get that headline 2K resolution, boosted by HDR for a more even view that's not going to be blown out by bright sunshine. It also offers colour night vision, giving you more detail when the lights drop.

There's a very wide 160-degree lens on the front, meaning you'll be able to get plenty of territory covered by your camera's field of view.

The Arlo Pro 3 also benefits from an integrated LED light, which can turn on when it detects motion to act as an additional deterrent, as well has featuring a microphone and speaker so you can talk to those that you spot.

Boosting the skillset of the Arlo Pro 3 will be the option to opt for one of Arlo's Smart plans. This adds things like capture zones as well as being able to use online AI to determine exactly what's being seen – so you can get alerts that will identify if it's a person, animal or vehicle for example.

As per other Arlo devices, it has internal rechargeable batteries within the weatherproof casing, so you can basically install it anywhere as long as it is within range of the Arlo Smart Hub that you're connecting it to.

Like the Arlo Ultra, there's a magnetic charging connection available on the outside of the camera. You can either recharge the camera or have it permanently powered via cable or solar panels.

The Arlo Pro 3 will come in many guises, as a single camera to boost an existing system for £279.99 or in a pack with two cameras and the Smart Hub for £549.99. Pre-orders for the new camera will open on 1 October on Amazon.