Apple HomePod 2: What we want to see in Apple’s second-gen smart speaker 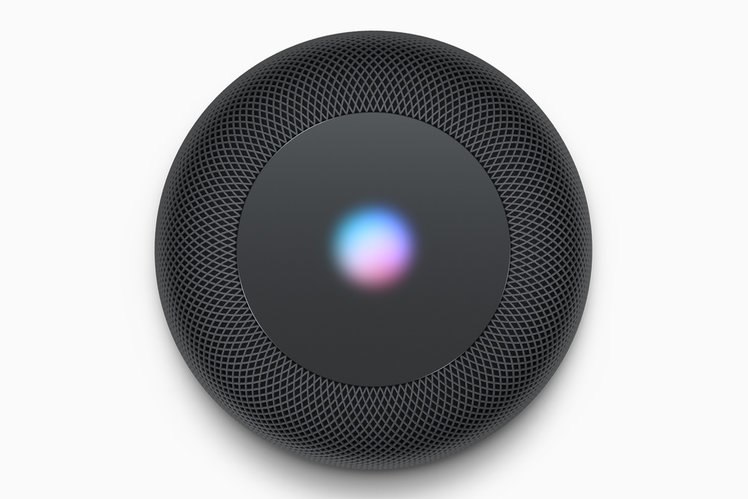 Apple’s HomePod sounds fantastic but the common criticism – including in our own HomePod review – was that the implementation of Siri leaves a little to be desired.

The sales of Amazon Echo and Google Home devices show that there’s a huge market for smart speakers but Apple will surely have to produce a second-generation HomePod to compete with its rivals. Here we’ll check out what we want to see from a second-gen device, which could be a direct replacement or it could be a lower-priced secondary device for elsewhere in the home.

There have been some HomePod discounts and initial reports suggested a few hundred thousand HomePods had sold in the first quarter of 2018, but it’s a misnomer to suggest that HomePod isn’t selling at all.

Analyst estimates from last autumn suggest it had a six percent slice of the smart speaker market and had sold well over a million units by the middle of 2018.

So in the face of such competition, here’s what we want to see from HomePod 2:

This is something that Google Home devices make a particularly good job of – recognising the voices of different family members in your home. It would require a bit of fundamental re-thinking of how HomePod works. That’s because it’s currently tied to an individual’s Apple ID – the HomePod setup even warns you that others could access your own Siri information using their voice such as sending and receiving texts if you turn on "Personal requests".

It’s a fact that Apple is currently occupying the somewhat lofty end of the smart speaker market. The problem is that, currently, smart speaker sales are being powered by quantity – Google Home Mini for £29/$29-type deals, for example – not quality. That’s something that Apple will have to reconcile. By the time HomePod is the best option, our homes may already be dedicated to either Amazon or Google. This isn’t a problem unique to Apple, either – the mysterious and still-upcoming Samsung Galaxy Home is also in the same position.

Apple seemed to try and suppress Bluetooth in early iterations of iOS – it was really buried in the Settings app, perhaps because Apple wanted users to use its own AirPlay tech instead. It’s not like that nowadays – Bluetooth is front and centre just as it is in Android. So it’s a little odd that the first HomePod doesn’t support devices connecting to it via Bluetooth, especially when – get this – we know HomePod actually has Bluetooth inside and uses it for the setup process. The lack of Bluetooth is very restrictive for many homes – especially when you consider the HomePod is a device designed for a communal space.

This one has been rumoured already – a patent suggests that an upcoming HomePod will have gesture control as an alternative to voice. We’re thinking this is probably going to be for basic stuff such as changing the volume or skipping to the next track. This would be a far more agreeable approach rather than adding unnecessary buttons.

The problem with Siri on HomePod is that it’s not been given license to fly – some essentials are missing such as support for internet radio apart from Apple’s own Beats 1 and there’s little doubt that Siri lags behind the flexibility of Google Assistant and the bulletproof though Amazon-focused Alexa. Still, we’ve no doubt that Apple will get Siri right – after all, this is one of the world’s most resourceful companies we’re talking about.

OK so this falls into the “it’ll never happen” category but bear with us while we dream of HomePod being the best Spotify Connect speaker out there. However, with Apple understandably wanting to push Apple Music, it’s mighty unlikely. Apple isn’t averse to its services coming to other devices though – Apple Music is now on Amazon Echo devices in the US, for example, and is set to roll out elsewhere.

There’s the Google Home Mini. There’s the Amazon Echo Dot. What about a better-sounding speaker called the HomePod Mini? It could still be relatively premium – maybe $99/£99 or $129/£129 to go up against the Amazon Echo Plus? Whereas we don’t think the HomePod has sold that well, we could see a sensibly priced (not necessarily cheap) HomePod would do pretty well.

Apple’s AirPower still isn’t here, but we think it will be soon. Why couldn’t HomePod 2 have wireless charging on the top? The challenge – as with AirPower – is that it would need to be multi-coiled to not just charge Qi-compatible devices like the iPhone XS, XS Max, X, 8, 8 Plus and XR, but also to charge the Apple Watch and AirPods 2 as well.

HomePod as a surround system

You can already stereo pair HomePods, of course, but what if there was HomePod Mini and also a subwoofer and you could sync it all up into a system to go with your Apple TV? Now there’s a thing.