Amazon’s next challenge is refining the Alexa software experience 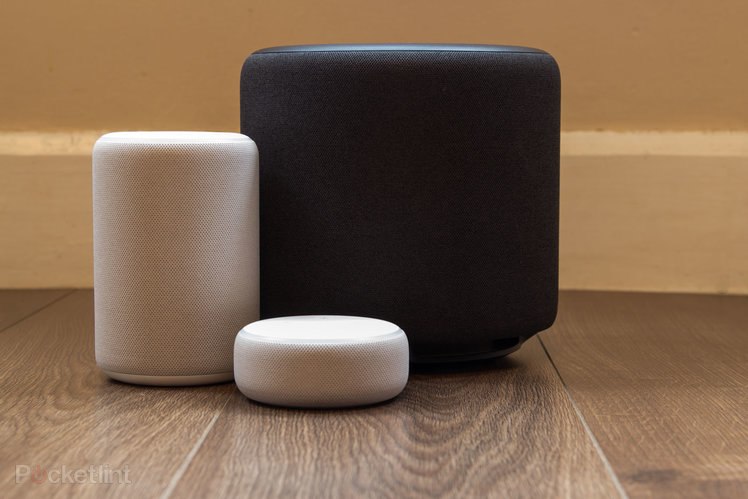 Since the launch of the original Echo in November 2014 Amazon has saturated the market with smart home devices. The Echo has expanded beyond one speaker, into a selection of five main devices, now mostly in the second- or third-generation.

The world of Alexa, the skills Alexa offers and the devices that Alexa can be accessed through is bigger than ever. It's here that Amazon faces its biggest challenge, to ensure that the experience when you come into contact with Alexa remains seamless.

Alexa has a strange habit around handling music when you make a request: the music will drop in volume which would allow Alexa to speak a reply, before the music returns.

That's fine, except for when you're asking Alexa to turn the music off. This doesn't elicit a reply, but it still causes the dip in volume, before returning to full volume, then stopping the music. It's an odd sensation that works during other requests (like reporting the weather), but not when you just want your Echo to be silent.

If you're lucky enough to have the Echo Plus paired with the Echo Sub, you notice it a little more: you'll have the bass track of your music rumbling on in the background so you have different parts of the music at different levels. If you have a stereo pair and a Sub, it's a little more fractured when making requests as there are then three speakers to control.

Certainly the transition from playing, to not playing, could be slicker and as Amazon moves into more complicated setups, there's more refinement to be achieved.

Stereo pairing is very good on the Echo, it widens the sound stage, giving you room-filling music. It's much more of a party system, a smart primary music system – especially with the Echo Sub thumping along too.

Here we've found some oddity around Alexa's Skills. These Skills enable access to information from another source. In some cases you have to enable them through the Alexa app, but in others they will be automatically enabled when you give a certain command.

One of these is the BBC Skill for Alexa. This skill gives you access to BBC content and in some cases it's really smart – because you can ask for certain programmes or content that other sources won't offer, like podcasts.

But it only works on a single speaker: we've found that there's no stereo and no Sub, even in a 2.1 setup. You'll move from glorious sound, into basic sound and it lets the experience down. Why is this? We've asked both the BBC and Amazon why this might be the case, but have yet to have a response.

If you ask a different skill to play the same source, TuneIn for example, you'll get the full package of stereo and bass and it sounds great. But this also throws light on a different Alexa experience problem.

What the BBC Skill brings to light is dilemma when it comes to Skills on Alexa. When the Echo launched, TuneIn would provide your "radio" content as the default player and that was fine. When the BBC launched its own Skill, Alexa decided to default to it. You don't have to enable it, it just happens – you ask for BBC Radio 1, it plays from the BBC Skill.

To get it to play from TuneIn, you have to ask for it from TuneIn. You can disable the BBC Skill via the Alexa app, but if you then ask for BBC Radio 1, Alexa will re-enable the BBC Skill, so it's a circular problem. We've never had a problem with TuneIn on the Echo and we use it as background music perhaps 6 hours a day.

The BBC isn't the only company find themselves in a Skills trap. Global, the company behind Capital, LBC, Heart and other radio stations in the UK also has its own Skill. If you ask for "Capital", it will play from Global Player, rather than TuneIn.

Again, Global Player isn't as good as TuneIn, because it wants postcode permission to serve you up the radio station that's relevant to your region. Capital Radio isn't just a London radio station, it has "channels" for different regions of the UK, so you'll end up with weather and news from a different city. We've granted the Skill permission, but it still asks for it on every occasion. It's just not a good user experience, an unnecessary change from the previous setup.

The downsides of expansion

What we're looking at here are basic examples of what happens when platforms grow and there are more partners wanting to play along. We've moved from a position of seamless enjoyment, to a slightly fractured experience. The quality of these Skills, ultimately, might be the responsibility of the developer, but Amazon as the provider of the service will be the one that gets the blame for it in the eyes of the public.

What Amazon is ultimately responsible for is the Alexa app. This is the controlling point and when you've got a busy network of Echos in your house – and a lot of smart home devices – the Alexa app doesn't really feel like it's keeping up.

The Alexa app recently had an update which gives it a visual lift, but it's still pretty slow; it's slow to open the settings on your devices to make changes and that's a user experience problem.

As smart homes get bigger, with more devices in them, the likelihood of routine administration of your smart home through the Alexa app becomes increased.

This is where we want to see Amazon focus its future efforts, because while the hardware options keep getting better, the software experience – that critical point of system interaction and those Skills – needs work to keep pace with Amazon's great hardware advancements.