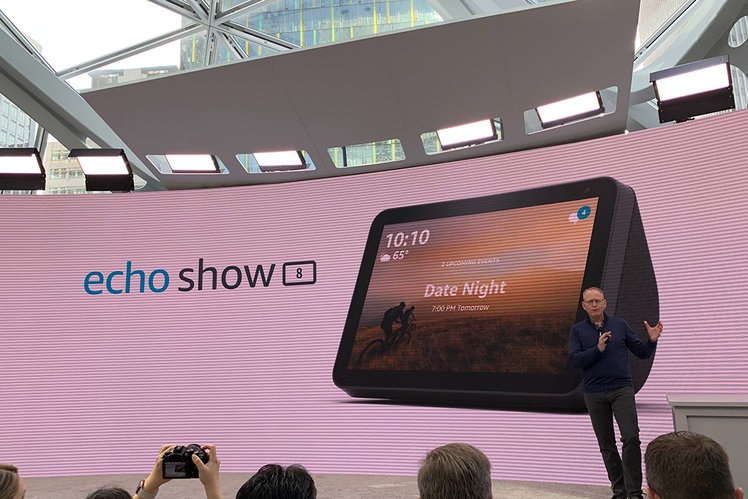 Amazon is unveiling a slew of new devices at an event in Seattle, and one of the headliners so far is the new Echo Show 8.

The Echo Show 8 features an 8-inch HD display, which is considerably larger than the 5.5-inch display on last year's Echo Show 5. In order to make users feel a little better about allowing Amazon to have a camera inside their homes, Amazon has added a built-in camera cover, too.

Amazon said it's paid attention to how its devices are being used, and that's apparent in how it's marketing the Echo Show 8. If the Echo Dot with clock – which was also announced during the event – is for your bedroom, then the Echo Show 8 is Alexa for your kitchen. The display can play your favourite shows while you're cooking, or show you techniques for dicing up whatever is in your fridge.

The new Echo Show is integrated with BBC Good Food to help users find a recipe and show them how to make it. Food Network is also partnering with Amazon to create exclusive content for the Echo Show, demoing an example of Cooking Classes from Bobby Flay. During a demo on stage, Amazon said users can move around the episode and ask Alexa questions about the recipe. Tune into our Amazon event hub for all the latest. We also have this guide on the event, detailing what we expect to see.