Amazon trots out an Echo Wall Clock and Microwave (seriously) 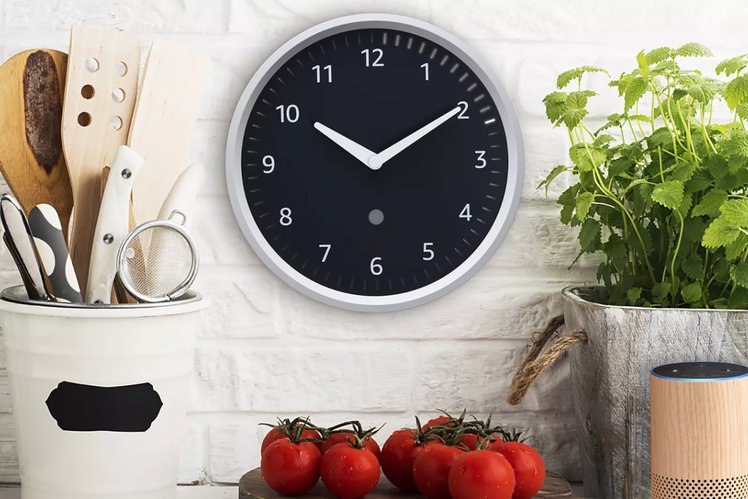 Amazon is announcing probably 70 new devices right now at a surprise event in Seattle, including an Alexa-enabled wall clock and microwave.

Starting with the Echo Wall Clock, it's an Echo-branded accessory for displaying timers you’ve set with Alexa. It has a ring of LEDs around the clock face to show active timers. For instance, if you start a timer, an LED will glow for how long the timer is set. Add a second timer, and you'll see another LED, and so on. It automatically changes the time for Daylight Savings Time, too, Amazon said.

It doesn't have any microphones however, from what we can tell, but it’ll work with your existing Alexa-enabled devices. The Echo Wall Clock will cost $29.99 when it launches later this year. It'll sit alongside other Echo accessories, such as the Echo Buttons that are for trivia games. Technically called the AmazonBasics Microwave, the new microwave from Amazon has built-in Alexa and an integrated Dash replenishment service. So, if you run out of HotPockets, for instance, you can easily order a replenishment. The microwave comes with a "built-in Ask Alexa button". In a demo, Amazon execs said "Alexa, one potato" to the microwave, and automatically set a timer and turned on.

Amazon then said, "Alexa, add 30 seconds to the microwave," and the microwave updated. It also told Alexa to stop the microwave. It's all very futuristic and amazing. The device, which will be shipping later this year, costs $59.99.