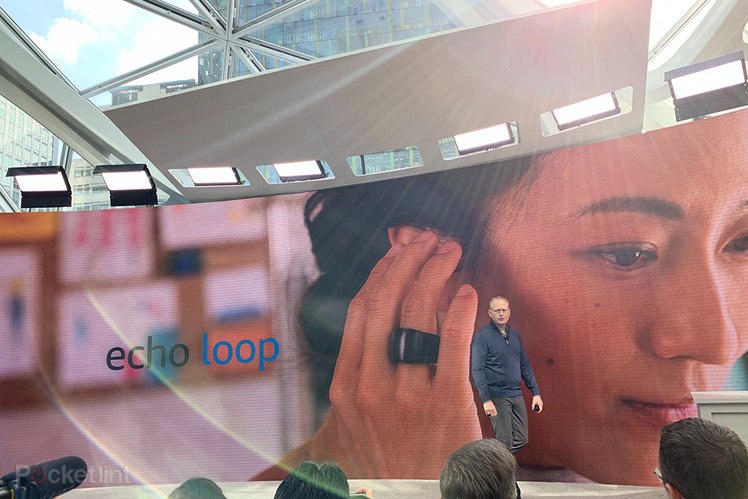 The Echo Loop is a smart ring. No, not a Ring doorbell device, but an actual ring you wear on your finger. It has a titanium body that houses two microphones and the smallest speaker ever used on an Echo device, according to Amazon. The Loop pairs with your phone for connectivity. There's a small button on it that awakens Alexa, too, as opposed to using a voice command.

The Echo Loop will use a small vibration to let you know if you've successfully pressed the button to activate Alexa, or it'll make you aware with a notification on your phone. Amazon VP Dave Limp announced the Loop as part of a lineup of "Day One Edition" devices – basically a beta test for products Amazon is developing. This was made perfectly clear when the Echo Loop failed to work properly for Limp during a demo.

Limp also showed off Echo Frames. Before you go thinking this is some form of Google Glass-like augmented reality device, it's not. It's really just a wearable Echo device with some nifty-looking eyeglasses attached. That said, Amazon could add AR functions to future versions. The Frames weigh 31g and feature two inward-facing speakers that should make it so only you can hear the device.

There was no word on UK pricing and availability.

Tune into our Amazon event hub for all the latest. We also have this guide on the event, detailing what we expect to see.