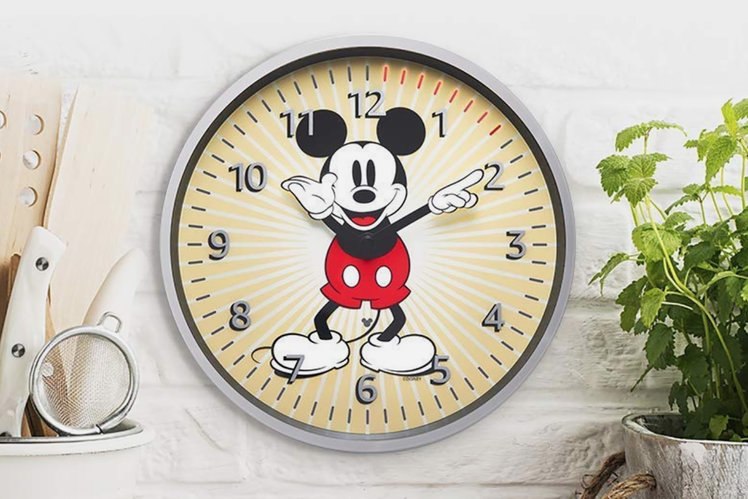 Amazon has launched a new Echo Wall Clock with a kid-friendly Disney theme.

The connected clock now features a large, smiling Mickey Mouse whose arms swivel around the clockface to point out the hours and minutes. It's also got a new name: Echo Wall Clock – Disney Mickey Mouse Edition. Other than that, it appears to be very similar to the original version, complete with a 60 LED ring that not only shows you the time but also lights up for timers.

Both versions of the Echo Wall Clock don't have any speakers, cameras, or microphones. Because they're so pared down, they're probably the 'dumbest' smart home gadget you could own. But, for $30 to $50, you're not breaking the bank, and you're getting something that alleviates the tediousness of constantly setting timers every day. We loved the original model in our review. The latest version of Amazon's clock first surfaced at the FCC a few weeks ago. In that filing, the frame of the clock appeared to be metallic, but the one in Amazon's actual listing looks more plasticky – like the original Echo Wall Clock. We're not sure yet which color or material the new one uses.

While it's not exactly our cup of tea, we think children might love a Mickey clock for their rooms. Perhaps even some adults would want to pick this thing up as a gift for themselves or a loved one this holiday season. Apple, after all, offers a Mickey Mouse watchface that some people love. The only issue is that it costs $50 in the US, a whopping $20 more than the original.