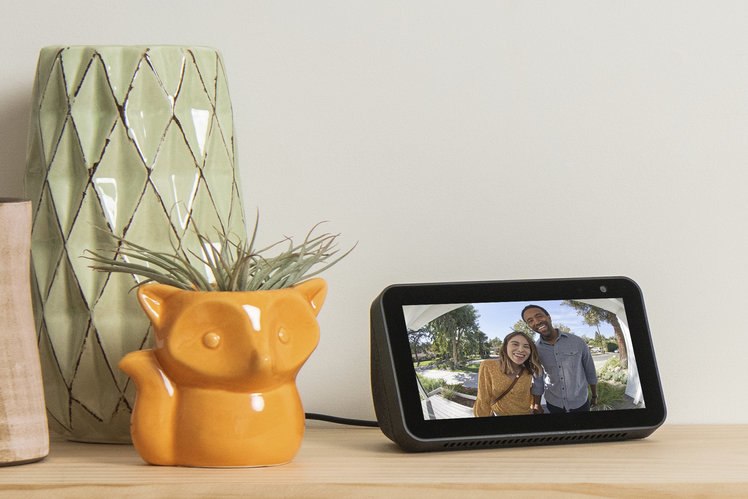 Amazon has introduced a more compact 5.5-inch version of the Echo Show – named the Echo Show 5 – which sits between its big 10-inch brother and the alarm clock-sized Echo Spot.

The new $89.99 or £79.99 Echo Show 5 is, says Amazon, designed "for every room" – so you'd potentially have the full-size Show in your kitchen or family room and Spot in the bedroom. But for everywhere else – like a study or living room – you might have Echo Show 5 instead.

The new device has all the standard Echo Show features. And that means, despite Amazon and Google having made up, there's still no sign of YouTube coming to Echo Show devices. This remains a big miss.

Amazon does say there are a few new Show features though – how-to videos from WikiHow, baby monitor feeds from Arlo and the Alexa Sunrise feature for your morning alarm – the screen will start to increase in brightness 10 minutes before your alarm.

The device does address Alexa privacy concerns – there's a shutter to close off the front-facing HD camera. Amazon also says it is also introducing new ways to delete your voice recordings on all Alexa-enabled devices.

You can say, “Alexa, delete everything I said today” and the respective recordings will be deleted. Coming soon, Amazon says that customers will also be able to delete their last request by saying “Alexa, delete what I just said.”

The Echo Show 5 is available in charcoal and sandstone, while there's also a £20 magnetic stand so you can tilt the device. Echo Show 5 will start shipping in the US, United Kingdom, Germany, France, Italy, Spain, Japan, Canada, New Zealand and Australia next month, and to India in July. It will also be available in Mexico "coming soon".