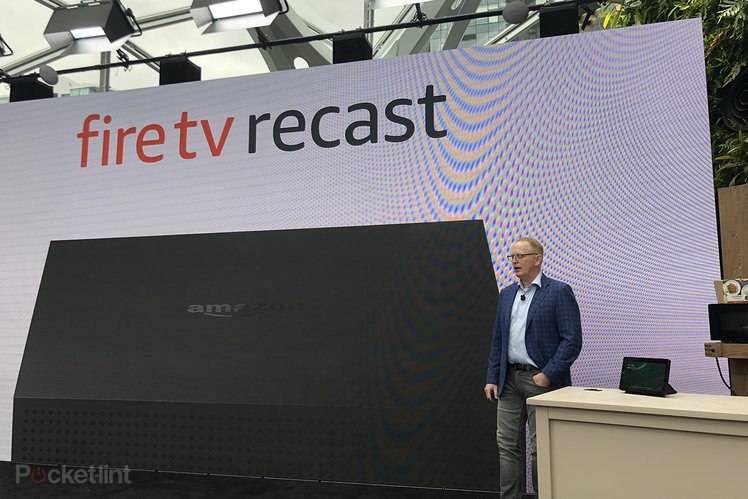 Amazon has announced the Fire TV Recast, a new addition to its line-up of home entertainment devices.

This is a box that can stream shows from an HD antenna to your home. The idea is that you hook-up the box in your home and you can record and stream content to then watch on your Echo Show, Amazon Fire TV, or on a mobile device. Essentially, it's a connected DVR that gives your TV setup more flexibility.

It features two tuners and a 500GB DVR, though a four tuner 1TB option is in the works – but you have to have an HD antenna (to receive the signal) and a Fire TV or Echo Show to then view the content.

Amazon said Fire TV Recast can be added into the channel guide, so you can still get Prime Video, for instance. You can also watch local news and channels like ABC, The CW, and NBC. It can send recorded live TV to your Echo Show – up to four shows at a time, for you to stream on multiple devices. And, thanks to built-in Alexa voice controls, you can do things like delete or schedule recordings.

Plus, a new feature in the Alexa app will help you figure out where to place your antenna for a good signal.