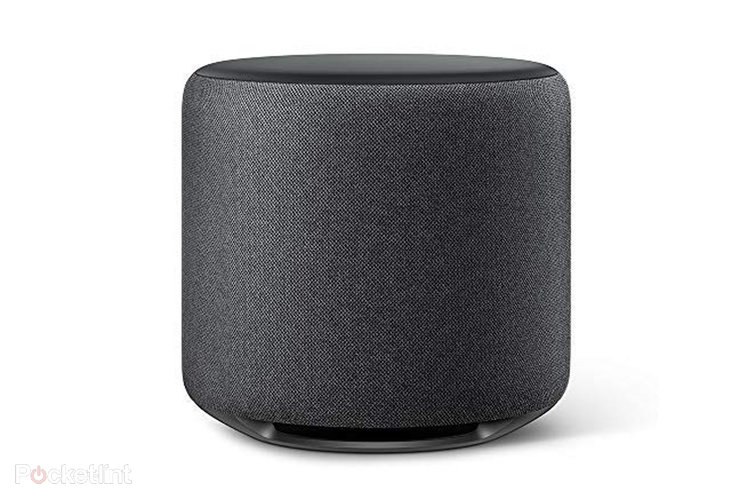 UPDATE: Amazon's Echo Sub is now official. You can catch up with our earlier leak story below.

Amazon is adding a subwoofer to its Echo family, bringing the bassline to its Alexa-powered speakers.

The Echo Sub carries a 6-inch down-firing woofer, with 100W of bass and addressing one of the criticisms of the Echo speakers – that the sound quality was a little thin compared to some rivals.

In terms of design, the Echo Sub is cloth covered, with the option for a black Echo Sub appearing on Amazon.co.uk and leaking this unreleased Echo product. Whether it will be available in other colours to match the second-gen Echo, we don't yet know.

The Echo Sub can be paired with either one Echo or two Echo devices – and that reveals an interesting new feature – stereo pairing. Again, that boosts the Echo as a music device, meaning you'll be able to create a smart 2.1 system.

Previously, you've only been able to group speakers, not stereo pair them. The new feature will add appeal for those who want to use the Echo as the core of a music system and seems to suggest that Amazon is going to be taking music more seriously with Echo devices in the future.

The Amazon Echo Sub is a wireless subwoofer and Amazon says that you'll just have to plug it in and connect it to your Echo via the Alexa app, which is pretty much how all the Echo devices and accessories work.

Other details are light on the ground at the moment, but we also have a price – and that's a not unreasonable £75.00. If you're already committed to the Amazon Echo, then it's a fairly cheap way to expand the sound experience – and potentially will result in a more balanced system, better suited to music.

The Amazon Echo Sub hasn't been officially announced by Amazon and this leak follows on from previous reports that Amazon was preparing a number of new product launches. The Amazon Echo Sub will be available from 11 October for £75 – hopefully we'll have full details soon.