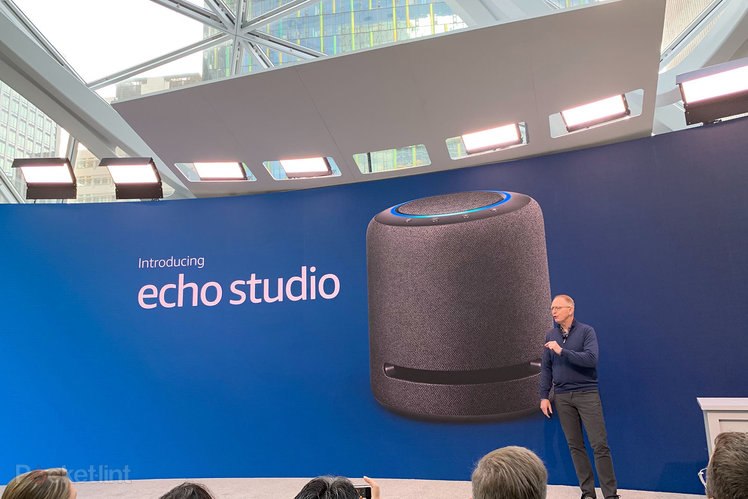 Amazon has announced a number of new Echo devices at its September event, including the Echo Studio.

The Echo Studio has been revealed alongside an all-new Echo and an Echo Dot with a clock, though the event is currently ongoing so we're expecting more Alexa-powered devices to appear over the next couple of hours.

The Amazon Echo Studio is claimed to be the "first smart speaker that brings 3D audio from Dolby Atmos into your living room" and it will be available to pre-order from today – 25 September – in the US for $199.99.

Inside the Echo Studio, there are left, right and top mid-range speakers for directional sound, a directional tweeter and a built-in 5.25-inch bass driver coupled with a bass port. The new speaker – which is all about sound quality – also has Dolby Atmos on board and Amazon claims the sound is "truly immersive".

This story is developing…