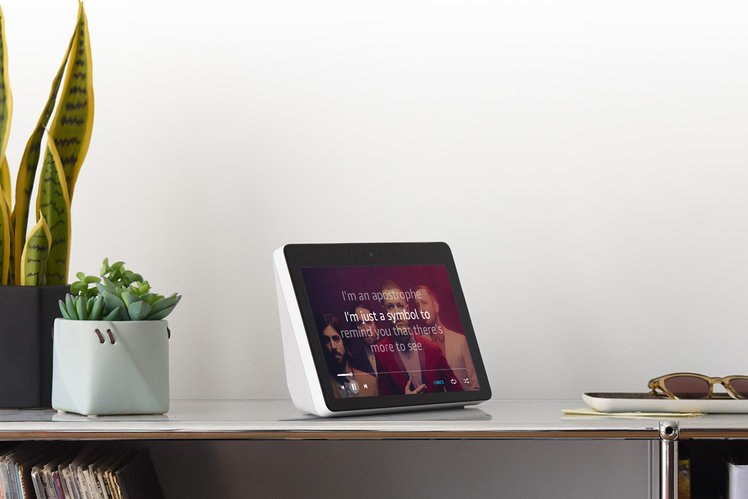 A new and improved Amazon Echo Show has been announced during the company's special launch event in Seattle.

Like the other "new" devices Amazon is showcasing, the latest Echo Show model is being pitched as "all-new". It features "new speakers", a "new 10-inch HD screen", a "new fabric design", and, well, you get the picture.

The new model is compatible with Zigbee devices and doesn't require a separate hub, so you can use it to stream security camera feeds with two-way audio and even get notifications (though Amazon said this feature will be "coming soon").

You can also watch films and TV shows on Prime Video, and make video calls to anyone with an Echo Spot, Echo Show or Alexa app on a smartphone or tablet. Support for Skype is coming too.

It also has support for Alexa voice control, of course. You can ask the assistant just about anything, including to display lyrics and album art with Amazon Music or stream content from Spotify and Audible.

Amazon claims that the new Echo Show will offer "powerful stereo sound" and is marketed as a kitchen companion for streaming recipes, setting timers, etc.

In our review of the original device in last year, we described the Echo Show as an interesting device that could go in so many directions. We loved it more than any of Amazon's other Echo devices at the time and thought it was totally worth the extra 50 bucks over the original Echo – but that was before YouTube was pulled and cheaper Echo devices with more premium sound arrived. So, it needed an update.

We're at Amazon's event in Seattle and hope to get hands-on time with the new version to see if the new stereo speakers are great. We're also interested in testing notifications and Skype. We plan to do a full review at some point in order to really see how both models stack up.