Amazon Echo Glow is a smart light for kids, to fill rooms with colour 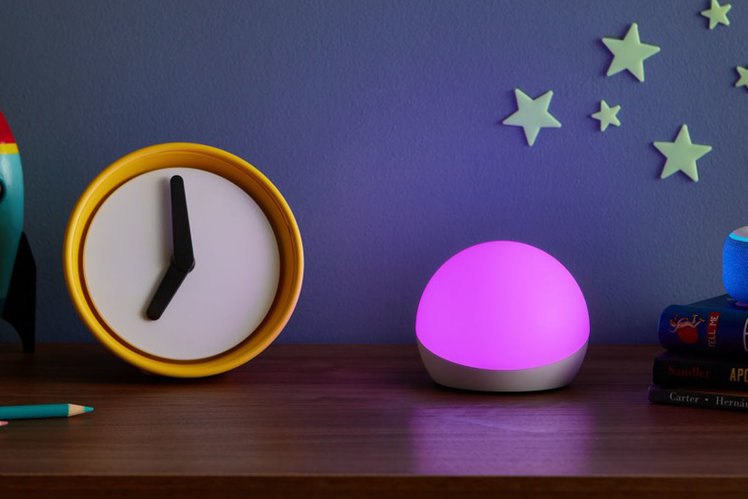 Amazon loves to add to the Echo ecosystem and has released a number of devices for kids in the past. The Amazon Echo Glow is exactly that – a smart light designed for kids.

This affordable lamp – $29.99 – will link up with Alexa, meaning kids can take control of it. Sure, you can do that with your Hue lights and loads of others, but the Echo Glow will do a whole load of cool stuff, without having to invest in a bigger system or swap any ceiling bulbs out.

The Echo Glow can change colour, act as a night light, or you can ask it to flicker like a campfire. The emphasis is on simplicity and fun – and Amazon says that there's going to be a dance party mode in the future to link up with music. The Echo Glow can be set to fade at bedtime and will also be able to cycle through a rainbow of colours.

Amazon has announced a wide range of new hardware at its autumn event, with a new high-end Echo Studio, new Echo and new Echo Dot with clock – which will also be great for kids.

The Echo Glow will cost $29.99 and will be available to pre-order in the US from 25 September.