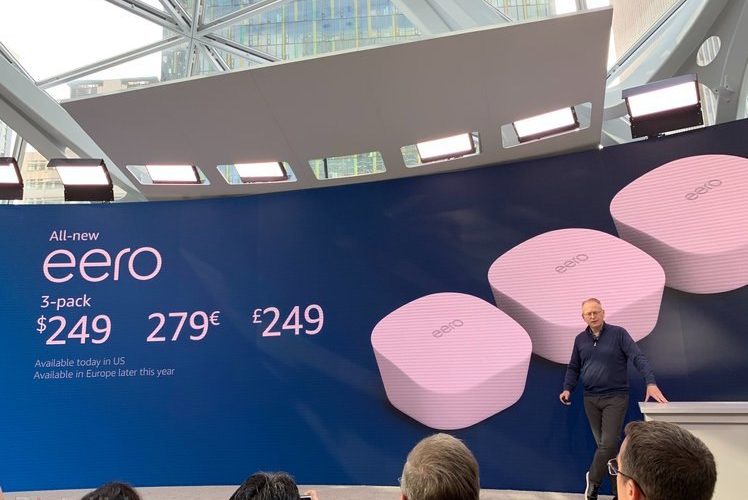 Amazon has announced the first mesh network Wi-Fi system to be released after its acquisition of specialist brand Eero.

Available now in the US and coming to the UK and Europe later in the year, the Eero system comprises three mesh network devices that can encompass your entire home in stable, adaptive wireless signals.

The system costs $249 for the three Eero devices, with the UK price set for £249 when available. It will cost €279 in central Europe.

You plug one device into your home modem, or router in modem mode, and the Eero will handle all router requests, both wireless and wired.

You will also be able to buy just one of them, if you want to expand the system or have a smaller home.

We don't yet have specifications, but we have been told that the main differentiator between the Eero mesh network system and rivals, such as Google WiFi, is that they come Alexa-enabled.

However, we don't yet know what upgrades the latest setup sports in comparison to Eero devices released prior to the Amazon buyout.

We are currently at the Amazon September event in Seattle and will bring you more on these and other devices shortly.