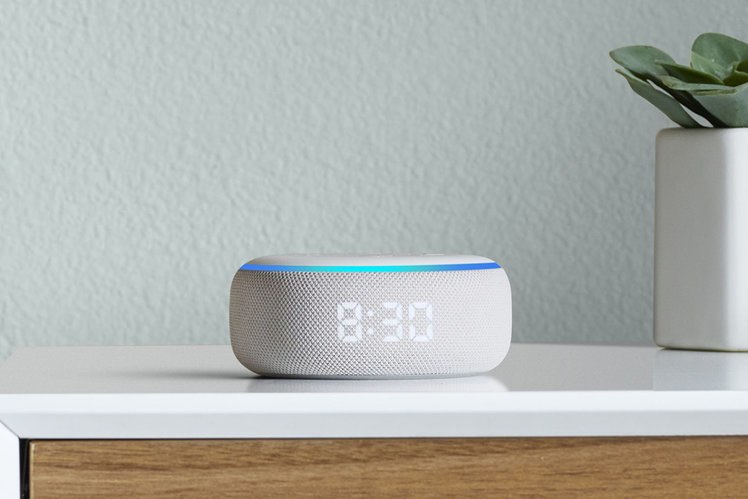 Amazon is live in Seattle, where it's unveiling an Echo Dot with a clock display.

Announced at Amazon's 25 September hardware event, the new Echo Dot has LED lights on the front that display the time, but other than that, it looks incredibly similar to the previous model of the Echo Dot, which currently costs $49.99. The new Echo Dot with Clock will sell for $59.99.

This makes the Echo Dot with Clock the perfect replacement for the alarm clock on your bedside stand. You'll be able to snooze your alarms by tapping the top of the speaker. The LED can also display the temperature outside and your upcoming timers and alarms. In addition to the LED clock display, the device of course still features Amazona Alexa, so it's capable of doing everything your regular Echo Dot can do.

The previous model of the Echo Dot will still be available to purchase for those who want to save a little money and don't find the clock display necessary. However, if you do want the Echo Dot with Clock, it's now available for preorder on Amazon in the US.

We will update shortly with UK pricing and availability details. Stay tuned.

In the meantime, tune into our Amazon event hub for all the latest. We also have this guide on the event, detailing what we expect to see.