Alexa will now let you auto-delete your recordings, also detects when you’re frustrated with her 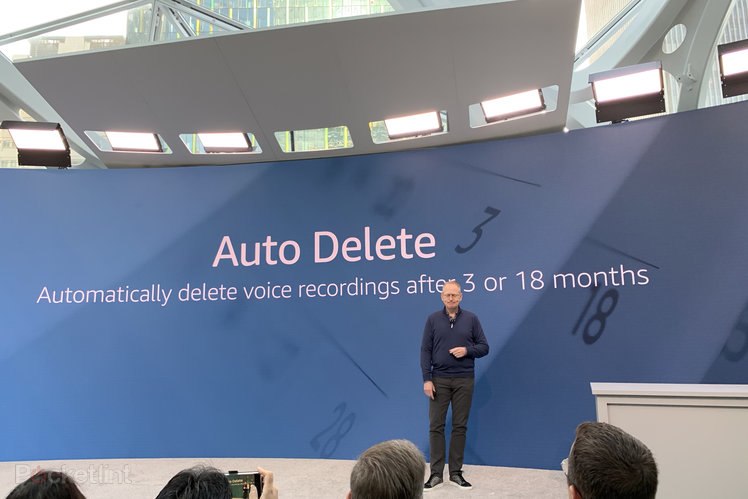 You can now choose to auto-delete your Alexa recordings after 3 or 18 months.

Amazon is announcing a bunch of stuff at its devices and services event today but Alexa also came under the spotlight. The choice to auto-delete recordings is part of the Alexa Privacy Hub announced earlier this year.

Addressing privacy concerns from customers – including one person who had complained about Alexa reacting without the wake word being uttered – Amazon devices chief Dave Limp said "we hear that, we care about privacy. We’ve built privacy into the devices themselves..without that conversations can’t be private".

He's referring to the privacy shutter on recent Echo Show devices such as the Echo Show 5 and brand new Echo Show 8 and the mute button and camera off circuitry inside the devices, but it's clear Amazon has had to add more privacy features to the smart assistant itself – earlier this year it added the capability to "delete everything" and "delete what I just said".

There will also now be "Alexa, tell me what you heard" and "Alexa, why did you do that?", too.

Limp also said that Ring hardware would get new privacy features as well, adding to the existing choice to turn off audio and Ring Privacy Zones.

There will be a Ring Home mode to turn off the recording of audio and video when you're at home.

Additionally, Amazon also announced a frustration detection feature to assist owners who are getting frustrated with the assistant itself, in addition to a new frustration-free setup process for third-party devices called Certified for humans.