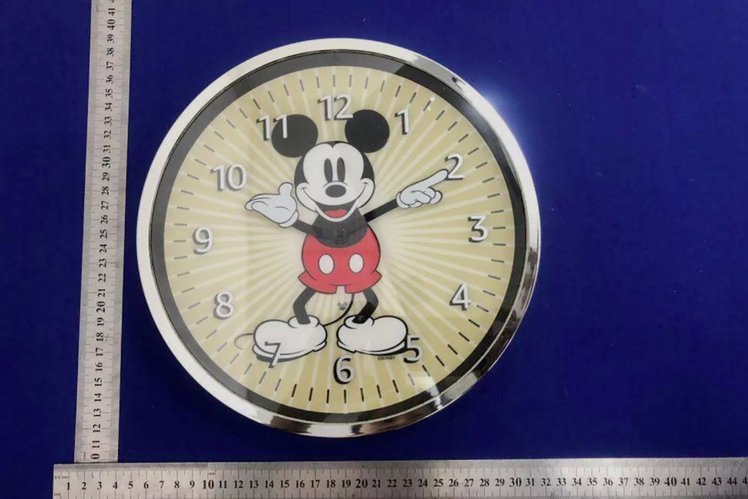 Amazon might release a new version of the Echo Wall Clock, a connected clock it launched last year, as evident by new regulatory documents.

To be clear, the existing Wall Clock doesn't have any speakers, cameras, or microphones. Because it's so pared down, it's probably the 'dumbest' smart home gadget we own. But, for $30, you're not breaking the bank, and you're getting something that can help alleviate any pain points associated with constantly setting timers throughout the day.

Now, a new version of Amazon's hangable clock, called the Echo Wall Clock ME, has surfaced in Federal Communications Commission filings. It looks like the new model of the clock will be Mickey Mouse-themed, complete with Mickey’s smiling face, rotating arms, and a cartoonish background. We're assuming the "ME" in the new clock's name stands for Mickey Edition.

Otherwise, it pretty much works like the original Echo Wall Clock. It even has LEDs all around the clock face. It's unclear if there are any other differences, but we'll keep you posted as we learn more. While it's not exactly our cup of tea, we think children might love a Mickey clock for their rooms. Perhaps even some adults. Apple, after all, offers a Mickey Mouse watch face that many love.

Additional photos of Amazon's upcoming Echo Wall Clock ME are available to view in this filing (PDF). Weirdly, however, the latest documents published by the FCC entry included photos without the Mickey Mouse-themed clock visible.