A Google Assistant microwave? Why not says Google in new device initiative 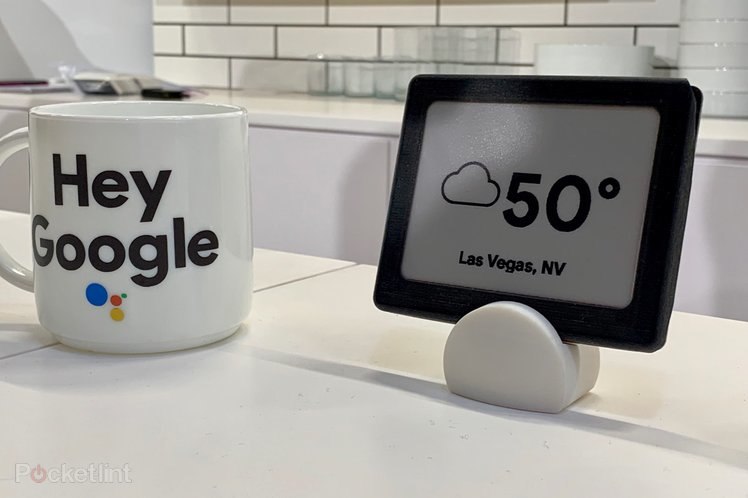 "Hey Google cook me my dinner." That's a scenario that is soon to become a reality thanks to a new initiative announced by Google at CES 2019.

The company has confirmed that the 1 billion devices that its intelligent personal assistant is already on is just the start. Google is to continue its push of getting Google Assistant on to even more devices with the announcement of a new initiative it is calling Google Assistant Connect. That could see Google Assistant come to microwaves, E Ink displays and anything any device maker can think of.

The new platform will allow device manufacturers to quickly and easily put Google Assistant into products paving the way for a wave of dozens of different devices, all with voice control capabilities, without having to worry about building the technology themselves.

Showcasing its vision for the future, Google used CES to reveal a prototype E Ink display that projects the weather or your next calendar appointment onto a screen but very little else allowing users to see quick information at a glance. The information would be pulled from Assistant Connect on a nearby linked smart speaker.

"Google Assistant handles the higher-order computing – knowing what's on the calendar, checking for updates, and so on," explains the company.

Although it doesn't plan to bring the device to market itself, the company hopes that device makers will be inspired to offer the technology when they see what they can do.

Google Assistant already works with over 10,000 smart home devices. During CES it has partnered with a number of companies including Whirlpool, August and Kitchen Aid to release products like connected dishwashers, wine fridges, garden sprinklers and thermostats.

CES 2019 continues to see a wave of devices from toilets to cookers to televisions all get Google Assistant or Amazon Alexa support as both Amazon and Google continue to drive people into a world that we control via our voice.

Google also used its CES press conference to announce a number of other new features of Google Assistant including a new Smart Clock and Smart Display from Lenovo for the bedroom and an interpreter mode likely to be used in hotels that will allow you to get real-time spoken and written translation to aid conversations.